'Get over it' - The empathy gap in the advertising industry 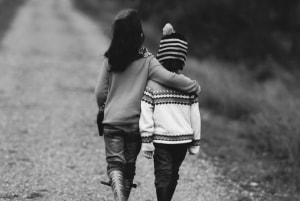 An Australian survey has found a perceived lack of empathy among leaders in the advertising industry.

And more than half surveyed are considering quitting because they feel they aren't accepted at work for who they are.

Different Shoes, the first study into empathy within the media, marketing and creative industry, surveyed more than 500 people.

Four out of five (86%) said empathy at work was personally important to them, but only 38% believed their employer valued empathy.

The key barriers to empathetic workplaces were seen to be time pressure (80%), the focus on client satisfaction over employee satisfaction (68%) and lack of understanding of the role of empathy and business metrics (66%).

The results also showed a gap between the perceived empathy levels of leaders versus middle managers and junior staff -- 70% of respondents in leadership roles felt they worked in an inclusive workplace compared to only 55% of respondents on middle or junior levels.

The key benefits of empathy in the workplace were perceived to be better collaboration between teams, improvement in job satisfaction and a more inclusive work culture.

But more than 51% of respondents were considering leaving in the next 12 months, with those who felt they weren’t accepted for who they are at their workplace and didn’t feel they belonged or worked at an inclusive workplace more likely to consider leaving.

Likelihood to leave was also higher in the mid-junior levels (61%) compared to the overall responses (51%).

The study was conducted by the Mentally Healthy Change Group, a cross-industry group of volunteers dedicated to smashing the stigma around mental health in our industry.

"The data from the Different Shoes study tells us empathy is personally important to employees and that leaders genuinely wish to care for their people.

"However it appears respondents are not always seeing empathetic intentions modeled because often 'the business comes first'.

"It’s clear that employees believe empathy is essential and organisations need to go beyond ‘box-ticking’ exercises and become more active in listening, supporting and understanding the needs of individuals.”

The study also asked for practical examples of good and poor empathy within their organisation. One respondent shared that their manager told them: ‘"Stop being dramatic! You're not burnt out, I know what burnout looks like – we just need to get through this.”

The respondents were then asked to suggest a more empathetic response to the same situation with the respondent offering a better response as: “You're clearly being affected by this situation so let's talk about how we can reduce the stress involved. If you're feeling burnt out you have the right to take time to recover. There will always be deadlines but your health is more important.”