GAYTMs are back, and this time they're coming to a village near you 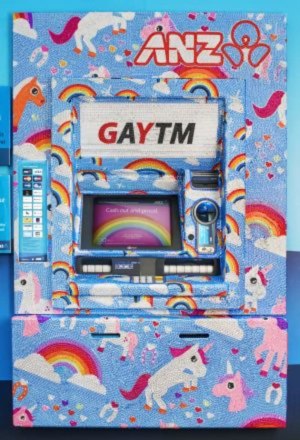 ANZ and Whybin\TBWA Melbourne are extending the popular, and highly awarded, GAYTM campaign to coincide with this year's Sydney Gay and Lesbian Mardi Gras.

In its newest iteration the campaign titled, ‘The only GAYTM in the village’, will involve not just Sydney and other communities across Australia will have the chance to win their very own GAYTM.

ANZ’s inaugural GAYTM campaign in 2014 drew international acclaim, winning a number of awards, including top honours at the Cannes Lions International Festival of Creativity and most recently being nominated for the AdNews Ad Campaign of the Year.

Mark Hand, chair of ANZ’s Australia division diversity council said: “Building an inclusive culture at ANZ is not just important to our staff, but to our customers and the communities in which we work, so we’re very proud to be able to mark our ninth year of sponsorship and the second year as Principal Partner of Mardi Gras by bringing back GAYTMs.

“It’s very exciting to bring a new element to the GAYTM campaign this year by involving not just Sydney but communities across Australia. It gives Australians far and wide a chance to show their support for diversity and also to celebrate Mardi Gras.”

Australians can vote from today for the location they would like to see host ‘The only GAYTM in the village’ by visiting the GAYTM website or the ANZ Facebook page.

Once again, ANZ is donating ATM operator fees for non-ANZ cardholders from its GAYTMs during the festival to Twenty10, a not-for-profit organisation working with and supporting people of diverse genders, sexes and sexualities, their families and communities.

ATM operator fees from ‘The only GAYTM in the village’ not situated in Sydney will be donated to a charity near its location. All GAYTMs will print rainbow coloured receipts and selected ATM screens in Sydney’s CBD will carry messages of support for the festival.

Further afield, ANZ New Zealand has recently revealed four GAYTMs to celebrate its partnership with Auckland’s Pride Festival and Wellington’s Out in the Park fair. 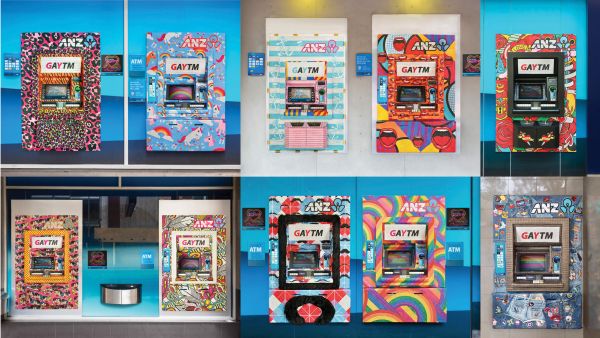