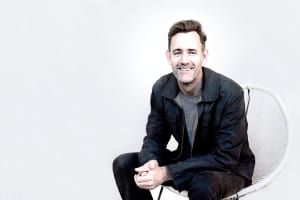 Gavin McLeod has reappeared at San Francisco agency AKQA as executive creative director (ECD), weeks after he announced he would leave his position at R/GA.

McLeod, who was a founding member of R/GA Sydney, left the business after four years as ECD.

Jefferson says: “McLeod is passionate, entrepreneurial, highly curious and focused on creating what’s next. He’s collaborative and has built strong teams with an incredible work ethic and a proven track-record of creating award-winning work.

"He joins us at a time when we are partnering with some of the world’s best companies to help define their vision and architect the future-state of their customer experience.”

McLeod has more than 20 years experience in the creative industry, previously working at M&C Saatchi and TBWA before co-founding R/GA. His work has been recognised over the years by Cannes Lions, Clios, D&AD, Effies, One Show, and Spikes Asia.

McLeod says: “I’ve admired the work that AKQA has been doing for many years. As a company, they’ve always struck me as being fearless in pushing the boundaries. I look forward to helping the San Francisco team push these boundaries even further.”

McLeod is one of many big industry hitters to leave a top agency of late. Early in November DDB Melbourne’s award-winning chief creative officer, Darren Spiller, revealed he was exiting the agency after spending more than five years at the shop.