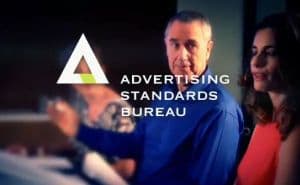 A TV ad showing children playing in an esky has been upheld by the Advertising Standards Bureau (ASB) for showing unsafe behaviour but the advertiser has called the complainant an “oxygen thief”.

The ad, demonstrating sports and leisure products at Smirkey's Sports shows small children in an esky with the complainant noting it “may influence children to play within a similar item which could possibly lead to a fatality.

The ASB upheld the complaint noting “The board expressed concern around this depiction due to the age of the children and the lack of visibility of access to a ‘safe stop’ button should they encounter any difficulties.”

“The board noted that an adult appeared to be supervising the children and considered that overall the scene did not encourage or condone the unsafe use of a treadmill by a child.”

“You or the complainant cannot be serious. I do not have the time to address such issues,” Smirkey's Sports said.

“How many people have complained about my ad in 10 years? One oxygen thief. And you take this oxygen thief's side and waste people's time to justify your so-called job. The complainant should be charged with harassment.”

“Kids are killed everyday in cars/pools/on bikes etc.. does this mean we do not show kids on TV in cars/riding bikes or swimming. Contact GWN if you want copies of this hideous crime. I've got to get back to work now on important stuff.”

The advertiser went on to say the iceboxes in question are not self locking and impossible to lock “unless some sick bastard physically throws a child in there and physically holds the lid down with considerable weight and latches the unit," he said.

The board noted that there is a level of community concern about safety of children around empty fridges and freezers. It said while fridges and freezers are no longer made with locks on the doors, should a child become shut into a fridge or freezer, it may be difficult for a child to get themselves out.

It upheld the complaint as considered that the actions depicted by the children in the advertisement are actions that may be copied by other children.