Foxtel closes exclusive deal with Entertainment One for feature films 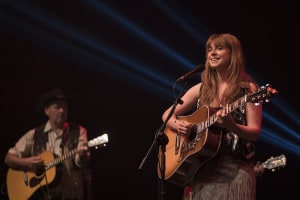 Foxtel has a new agreement with Entertainment One (eOne) for a package of feature films for Foxtel’s premium movie service.

Entertainment One is a Canadian multinational entertainment company and a subsidiary of American toy manufacturer Hasbro.

The deal consists of an exclusive slate of current feature films, including the critically-acclaimed, multi award-winning film 1917.

Other titles include Wild Rose starring Jessie Buckley, Booksmart directed by Olivia Wilde, Australian coming-of-age drama Babyteeth, as well as Captive State, Thank You For Your Service and Just Getting Started.

“At a time when we know our customers are spending more time at home and more time watching Foxtel, this new deal with our partners at eOne adds to our great movie line-up," says Foxtel chief commercial cfficer Amanda Laing.

"The relationship with eOne provides our subscribers with some of the world’s best hit movies, from Green Book and 1917 to Judy, some of which are available to watch immediately.”