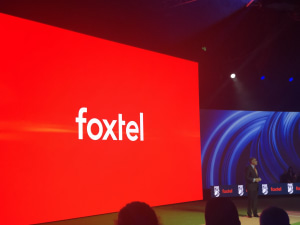 Foxtel has outlined how it plans to leverage its $1.2 billion investment in the cricket media rights revealing major sponsors and details about its ad-free dedicated channel.

Speaking to AdNews, Foxtel CEO Patrick Delany said the new era of cricket sponsorship has been embraced by advertisers, despite the subscription-owned broadcaster moving away from the traditional ad formats that were a hallmark of Nine’s cricket coverage.

“The key to advertising is integrating and associating with a brand that’s absolutely loved, passionately loved. If Fox Cricket can be a loved brand the same way in which Fox League and Fox Footy is, then you’re really on a sticky wicket,” he said.

“The more the world evolves the more it is about those integrations. We hear our colleague in free-to-air saying the same thing – that local shows are big with advertisers as they offer integrations.”

Led by MCN, advertisers will be integrated into the various cricket matches with TV ads aired during tea and lunch breaks.

While MCN couldn't reveal specifics about the integration models it will utilise for sponsors, Medcraf said it will go beyond "just adding badges".

Despite the cricket becoming ad free for the first time in 40 years, Medcraf said Foxtel and MCN had no problem securing advertisers, which AdNews understands are spending between $1.7m and $2.4m on packages.

He said advertisers saw more value in a less cluttered environment, with the cricket having less partners than in previous years and than in both the AFL and NRL broadcasts. The reduced ad model could be emulated for other sporting codes on Foxtel as well as the wider Foxtel business, Medcraf said.

Delany revealed there are a few more sponsors currently in play that will be announced in coming weeks.

When asked about the 2018 ball tampering scandal, which led to advertisers boycotting Cricket Australia, Delany said it was a “non-issue” when it came to securing advertisers.

“There might have been a pause in terms of Cricket Australia’s relationship with brands but as far as our relationship, it wasn’t the case,” he said.

Addressing the potential impact on cricket’s audience with matches now placed behind a paywall, Delany said he doesn’t expect to see viewership drop. He said that industry commentators expected audiences to decline when Foxtel bought the V8 Supercars rights in 2013, but instead viewership grew.

“When we did the V8 Supercars, we had a lot of exclusivity there and as a result the reach and love for the sport has increased,” he said.

Foxtel is sharing the rights for the cricket with Seven to show all men’s domestic tests and one-day internationals along with some Big Bash League games on the new ad-free channel.

Seven will simulcast all domestic test matches and Big Bash League games with Foxtel holding the exclusive rights to the one-day internationals. Digital rights will be held by Foxtel and will form the basis of a partnership with Cricket Australia’s digital arm, the Cricket Network.

“With the cricket, unfortunately we don’t have a lot of exclusivity; I would have loved far more. Maybe next deal,” Delany said.

Foxtel is 65% owned by News Corp and aims to leverage this relationship to see all cricket games get more national coverage than ever before. You can read about News Corp’s plans for cricket in the most recent issue of AdNews.

Delany has been bold in his streaming ambitions and the digital rights are an important part of the value Foxtel hopes to derive from broadcasting cricket in the summer.

As part of its unveiling event last night, Foxtel revealed a dedicated app for streaming the matches, which will also be behind a paywall.

“We see the world as a streaming world moving forward,” he said.

“The cricket won’t be streaming anywhere else. There’s no Telstra app and it’s not available on Seven, so that really anchors us down in this space.”

Last year the pay TV company launched Foxtel Now, an SVOD platform with a lower price entry point than the satellite service, which is reportedly unpopular with Delany.

Delany hinted at more to come in the streaming space and an upcoming announcement, which is widely tipped to be a dedicated sport streaming platform.

“Someone asked me if our iQ4 is Foxtel’s box of the future. It’s actually the last line of that style of a big manufactured box. The future box will be very streamlined, NBN-oriented and backed up by satellite. That’s the way we see the future and that’s what we’ll be doing with rights moving forward,” he said.

“Different mediums can monetise the rights in different ways. For free-to-air or streaming services, they all want the rights but it doesn’t deliver tonnage of monetisation, whereas for us it does because we are in the subscription business.”

Among 13 new panel shows will be programs including Cricket 360, hosted by Gerard Whateley and Robert Craddock, The Cricket Tragic, with Gus Worland and The Night Watchman, with James “The Professor” Rochford.