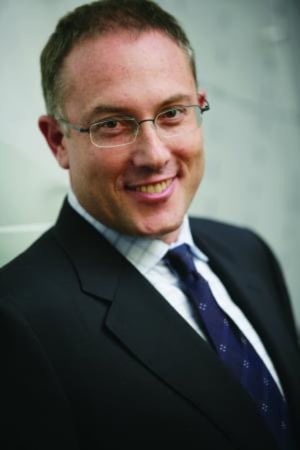 This season Fox Sports decided to ramp up the number of games it shows, simulcasting games head-to-head with Nine and covering every minute of play - a first for any broadcaster of the game.

This huge investment, part of a $1.8 billion broadcast deal, will see Fox Sports devote a whole channel to the sport next year in a similar way to its AFL offering.

While this is an obvious win for fans, ratings figures this year show that Fox Sports is also benefiting from expanded coverage despite running an ad free model during matches.

Fox Sports chief executive Patrick Delany tells AdNews the key to this strategy is that ad-free coverage during live sports is augmented by ad-funded pre- and post-game analysis around gamesas well as more shows during the week, and it's a formula that is viable for the foreseeable future.

“We have nine weekly shows on 501 and they’re very successful and profitable in that they are completely ad-supported and they now represent a reasonable part of our ratings which helps us push that share up, as opposed to just peaking on the weekends with live games. You see that in both 501 and Fox Footy," Delany tells AdNews.

Testament to this is Fox Sports drawing a record TV audience for an NRL match in the recent minor premiership battle between the Cronulla Sharks and Melbourne Storm, watched by an average audience of 486,000 people - huge numbers in the subscription TV world.

Channel of the year

The success of Fox Sport's NRL play was acknowledged last week when the Fox Sports 501 channel claimed the ASTRA channel of the year award, with 50 of the top 100 rating subscription TV shows in the past year.

“It underlines how important NRL is to Fox Sports. I think the days of pointing the camera at live sport and thinking the job is done are well and truly gone,” Delany says.

“What you see in Fox Sports 501 – the NRL channel  – is a pretty well developed brand in terms of its total package from the imagery though to the way in which we present live games to casting of commentators and callers."

The majority of revenue from Fox Sports, 70%, is derived through branded content, while 30% is from spot advertising. Delany believes this formula allows the pay TV broadcaster to continue to show ad-free live games and remain viable.

However, while Fox Sports shores up coverage of its core sports, concerns over the impact of the anti-siphoning laws prevail, as does the emergence of internet media companies, rival telcos and new media companies vying for sports rights and inflating costs.

“This isn’t a new phenomenon for us, think about the broadband wars between Telstra and Optus,” Delany points out.

“I think there might be certain types of content more applicable for that use, like the EPL, rather than local sports. The one thing that does concern us is where you see the moulding of the types of businesses that are after sports rights and a complete differentiation with what rights you are allowed to own depending on technology.”

The anti-siphoning regime prevents Fox Sports from bidding on events while allowing other technology providers, such as over-the-top internet TV companies, to bid on sports.

Drafted at a time when Foxtel was considered the major threat to free access to sport, the rules are designed to ring-fence certain sports for free-to-air television, although they do not restrict new media players from bidding. They also don't compel free-to-air broadcasters from placing content behind a paywall, such as Seven’s ‘premium’ Olympic Games package, something that irks pay TV bosses as a double standard.

Fox Sports could consider skirting the rules by bidding on sports rights purely for its streaming service, something Delaney concedes is an option, although getting the rules changed is the preferable option.

But in the meantime Fox Sports will focus on lifting its own game in sports broadcasting, which Delany says will involve more micro cameras and microphones on players and around stadia as well as using GPS technology.

“If you are at the game you can see the way players swerve, change direction and accelerate, whereas on TV you don’t really see that. GPS will give us the opportunity to achieve that real blend of data and real time, so you can visualise it all," he says.

“We are also playing with virtual reality. We’re doing a little stunt for Bathurst and will have a channel up for the whole Bathurst weekend. We will have a map that’s printed in the paper and you fire up our app and when you look at the map through the iPhone it will show you all of the terrain and undulation and allowing you to be in a car and going around it."

In the meantime, such technological advancements will take a back seat to the action on the field as the NRL and AFL finals season heats up - ad free, and free to watch.