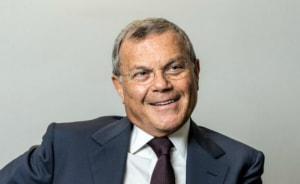 Rumours suggest that S4 Capital is in advanced talks with Mighty Hive, the acquisition currently suggested to be sitting at $US 200 million.

Mighty Hive provides end-to-end capabilities, buying and selling advertising space online in real time with the use of algorithms. The programmatic company also consults and trains business looking to bring media-buying in house.

According to S4, the acquisition would complement its ambitions to create a new media business, integrating data, content and technology.

Sorrell launched S4 Capital earlier this year after a public exit from WPP amid claims of personal misconduct and misuse of company assets. Despite Sorrell denying the allegations, he ended his 33-year tenure as boss and founder of the world’s largest advertising and PR group in April 2018.

Upon his retirement Sorrell held the title of longest-serving chief executive of any company featured in the UK’s benchmark FTSE 100 index.

Despite leaving the WPP wheelhouse over 7 months ago, Sorrell has run into his old company during pitches and personnel acquirement.

In July Sorrell’s S4 pipped WPP to the acquisition of Media Monks, a Dutch digital company, for which S4 paid $AU 472 million.

WPP threatened Sorrell with the suppression of a previously promised $AU 36 million bonus due to an alleged breach of a non-compete clause for Media Monks.

The first notable poaching, de Rijk takes on all operational responsibilities within the APAC region, across digital media planning and buying, digital content and first-party data.

S4 has stated that further announcements with regard to Mighty Hive will be released as and when appropriate, noting that there is no definite certainty that the acquisition will complete.