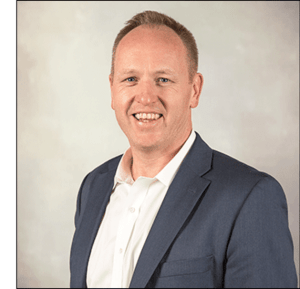 After 14 years at the helm of MEC as global CEO, Charles Courtier is stepping down and is replaced by a former CEO of Leo Burnett Sydney, and more recently, MD of Videology in North America, Tim Castree.

Courtier, who leaves the role to focus on interests outside the company, will continue as MEC’s CEO through a transition period and step down at the end of the year, but continue with WPP through June, 2017. Castree will step into his new role in January 2017.

Castree, who was MD of George Patterson Partners Sydney from 2003-2005 and Leos Sydney boss from 2006-2008, will now lead MEC’s 5,000 employees who manage more than $25 billion in annual advertising investment for blue-chip clients in 93 countries.

“Charles was instrumental in MEC’s global expansion; he leaves MEC with a strong culture focused on delivering client growth and a long run among the top five agencies in the world,” says Irwin Gotlieb, chairman, GroupM Global. “We thank Charles and wish him the best in his next chapter.”

Castree will be based in New York and will report to GroupM’s global CEO, Kelly Clark. He will work with MEC’s global leadership team to implement the vision and strategy for MEC’s client service, product development and business growth. He was most recently MD of Videology in North America, where he created innovative programmatic video solutions for agencies, clients and media companies.

Before joining Videology, he was USA chief operating officer for Publicis Group’s Mediavest where he led work for major clients including American Honda Motor Company, Mondelēz, Coca-Cola, Microsoft and Sprint. Previously he was global managing director for Starcom MediaVest Group, where he led their global P&G engagement spanning 70 countries. He began his career in creative and also held roles with FCB, Ogilvy, and BBH.