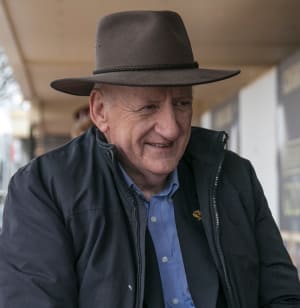 From this week the campaign will ramp up with the launch of a TV and radio campaign featuring Fischer and urging regional and rural Australians to pledge support on a dedicated site.

“Everywhere we look, regional voices are being cut back – at the three main regional networks, but also through cuts to the ABC and among Australia’s many independent regional and rural newspapers,” Fischer said.

“Local news and information is vitally important, and it must be protected and preserved if regional and rural Australia is to continue to have a voice.”

The campaign will be released in a series of 60, 45, and 30 second spots across prime time in regional markets, as well as online and social media. Independent community research in key marginal federal electorates is also being finalised.

The “Save Our Voices” campaign is led by Prime, Win, Southern Cross Austereo and Imparja to call from changes to the Broadcasting Service Act, introduced in 1992, which they believe would enable them to compete on a level playing field.

The act currently restricts the number of types of media any one company can own in a licence area as well as the number of Australians each TV network is allowed to reach.

The networks claim that with rising costs, restrictions on what economies of scale can be achieved and increased competition in regional areas, broadcasts in such areas have limited options to manage costs and remain visible.

“Cuts to local content on regional radio and television are inevitable unless our media laws change,” Fischer said.

“Changes to the broadcasting rules are urgently required if regional broadcasters are to compete on the same basis as everyone else in their local markets, and ensure that the big regional issues and important community information continues to get the coverage it deserves for the nine million Australians living in regional, rural and remote areas.”

They claim it also doesn’t account for the fact that internet news services, Pay TV and metro TV networks can now reach 100% of the popular via smartphones, linear streaming services and catch- up TV.

At the time of launch in August, CEO of Prime Ian Audsely pointed to the unregulated growth of international players in the local market, like Google and Netflix.

“Make no mistake, local content in regional and rural Australia is at risk unless we get some regulatory change, as has already been demonstrated with the recent closures of local news services in Mildura and Mackay,” Audsely said.

“We need to get rid of the rules that prevent us from achieving the scale that’s needed to maintain vital local services. We know many regional and rural MPs want local voices to be heard and it’s time to help them take the message to Canberra that our voices matter, our voices will be heard and our voices want change.”