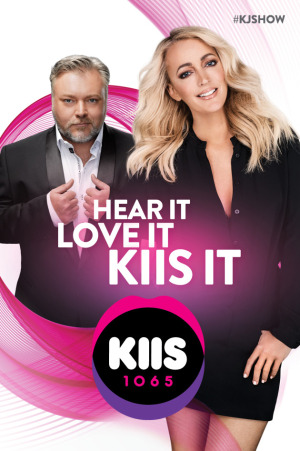 In the first of eight radio ratings surveys for the year, results for the 20 January to 2 March period show listeners of broadcast radio as well as separate digital radio data, known as DAB+.

To start the year in Sydney, 2GB continued its dominance of the commercial market, with a 13.4% audience share, despite a decrease of 0.5% since the final survey of 2018.

In second place is Nova Entertainment's Smooth FM also held onto its previous position, taking an audience share of 9.7% amd continuing its growth from last year, up a further 0.6 percentage points.

WSFM crept into third place, up 0.1 percentage point and taking an 8.8% share of audience.

Macquarie Media's 2GB has once again retained the top breakfast slot with a 15.2% audience share, despite dropping by 1.3% since last survey.

Kyle and Jackie O, of Kiis 1065, came in second, holding onto the number one position for FM commercial radio breakfast with an audience size of 10.1%, also down 0.4% since the last survey.

In third for commercial breakfast is Smooth FM, which bounced back from its staggered end to 2018, jumping by 1.4 percentage points and taking an audience share of 8.5%.

It was followed by WSFM which took a slight hit to its listenership, falling by 0.8 percentage points, taking an 8.2% overall share.

The struggling 104.1 2Day FM came in eighth once again, with audiences continuing to dip, down 0.2 percentage points, reaching 4.4% of the total audience.

Smooth FM got off to a strong start in 2019, claiming the top sport in the drive time slot, up 1.0 percentage points, nabbing a 10.2% audience share.

2GB climbed back into second spot after falling to fourth at the end of last year, after it leapt by 1.3 percentage points, taking 9.5% of the total drive audience.

Back in third place was WSFM, which shot up from sixth place at the end of last year, taking a 8.5% audience share, up 0.4 percentage points.

It's followed by Kiis and 2Day FM in equal fifth place, both taking a 6.9% audience share.

In last place was Triple M with a 6.6% share, remaining unchanged in percentage points. 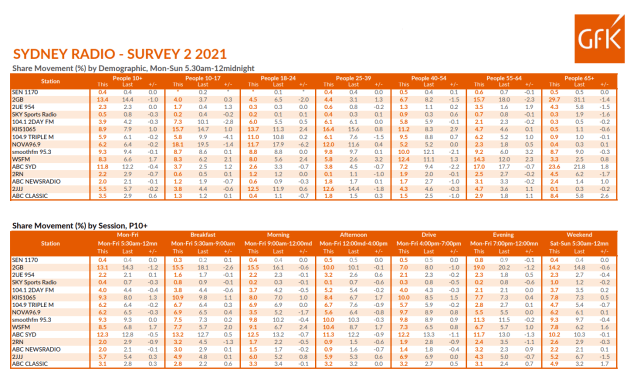 Edge Digital crept back into the number one digital radio spot with 99,000 listeners, growing by 16,000.

3AW took the number one spot in the first ratio ratings of the year for total listenership in the Melbourne market despite a 0.4% drop, with a 14.4% audience share.

Still in sixth place is Nova 100 with 7.5% of the Melbourne audience.

Tied with Triple M in fourth place is Gold 104.3, which slipped by 0.6% from fourth place since the last radio ratings.

Smooth FM came in fifth with 8% of the audience, down by 2.2%, the largest drop in listenership in the drive time slot.

Double J is joined by MMM Classic Rock in the top spot, with 76,000 listeners each.

Double J is up by 11,000 listeners since the last radio ratings, while MMM Classic Rock received an extra 17,000. 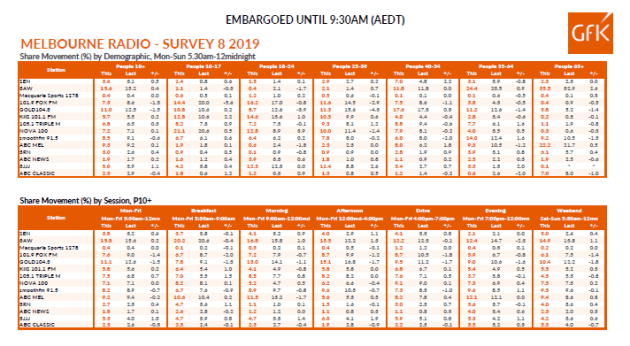