Fighting the float - integration comes into its own 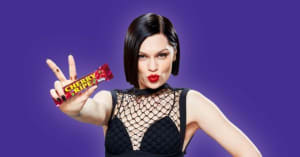 Media agencies are increasingly advising clients to convert more of their budget into more flexible “float money” to take advatnage of shorter-term video opportunities than trying to lock them into TV group deals, but TV is fighting back with brand integration seen as a way to wrestle back the cash.

Speaking in the US recently, MCN national sales director Mark Frain, said in the context of a wide-ranging discussion on programmatic TV that clients were increasingly moving their cash into “float money”.

“For most of the broadcasters both here (US) and back home in Australia they've seen that clients on an annual basis have been willing to commit less and less in annual agreements and take more to as it's termed here 'the scatter market' or certainly in Australia to carry more float money so they can play short-term video-led opportunities,” Frain said.

While the revelation is hardly new, media buyers told AdNews that they were proactively telling clients to move budget into float money rather than committing to large upfront deals.

“Clients these days are a lot more agile. Tying them down to big, large media deals is becoming less [common] as we move forward because there are more options,” Carat Australia CEO Simon Ryan said.

However, he said the ideal solution was simply to allocate more money into float rather than reallocate money from group deals.

“In my view, it's better to have [TV] arrangements set up for the client, but then above that you have some float money so you can take advantage of the different screen opportunities out there across various media,” Ryan said.

UM CEO Mat Baxter told AdNews that it was a global shift and came as a result of shorter-term video opportunities offering better flexibility and optimisation options.

“It's not like somebody flicked the light-switch and all of a sudden we've all switched to a dynamic trading model,” he said.

“Clients want to be able to leverage the data they're getting on performance in real time and make changes to their campaign.

“Clients will take their money to platform where they can optimise, and it will then become more effective because they've been able to optimise, and then they'll want to place more money in that because it's more effective. It becomes a vicious cycle.”

Head of Publicis' trading unit Vivaki, Sarah Keith, told AdNews the impact of the shift on TV networks has been huge.

“It's obviously harder for networks to operate under the new reality because they're used to operating with a forward-looking revenue base, and our clients are looking for shorter-term things. That doesn't really fit,” Keith said.

While TV networks have been hard at work to create more inventory for trade on their online platforms, Keith said integration units at TV networks were increasingly being seen as revenue drivers.

“TV networks I think are also putting increasing importance on integration as a way to lock in some of that forward revenue, and they're a lot better at it then they used to be,” Keith said.

Network Nine head of integration Lizzie Young told AdNews that increasing importance was being put on integration as a way to preserve revenue.

“We are definitely becoming involved in that conversation earlier than we have previously, and I think it's become so important from a revenue point of view that it's happening,” Young said.

“I'm sitting down with Andrew Backwell (director of programming), Michael Healey (director of television), executive producers across the network and the Shines and Fremantles of the world really early on in the process."

She said integration was a key pillar in how TV was seeking to differentiate itself against other video opportunities in the market.

“When I talk to brands I tell them two things, we have scale and we have activation that you can't really get elsewhere,” Young said.

“We still have more than a million people sitting down at the one time and watching something, and we are able to play an active role in the extension of a brand story as well that goes beyond just an ad.”

Head of sales at Seven West unit RED Jenny Hosie told AdNews revenue from integration had substantially increased over the past 12 months.

She also said that the network wasn't just concerned about the amount of budget going into other video formats, but was also eyeing up marketers' increasing appetite for content marketing.

“We're constantly challenged by agencies and client partners to think differently, and the most important thing we can do is connect and understand the business objectives of clients,” Hosie said.

“So for us we see that as an absolute growth area and we have invested accordingly to develop brilliant content no matter what screen it's shown on.”