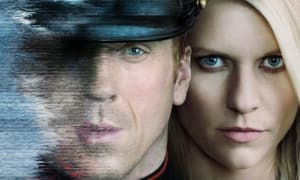 Some of the TV network's integrated units have suggested that they have up to 30 briefs in play at the moment. Rogers told AdNews that she had not heard that number but was “overwhelmed” by the market response to since Ten launched the Generate unit.

She said Ten's work with Procter & Gamble brand Gillette on the Bachelor – which combined an online survey, building a website, TVCs, a short film and digital assets across Ten - showed Generate was in “full swing with content production”.

“Generate is about brand storytelling and amplification across our assets and third party assets when required,” said Rogers. “It's about sponsorship innovation.”

Despite staffing the unit with creatives and content producers she stressed it wasn't about cutting out agency middlemen but delivering for clients.

Next off the blocks are “content vignettes” for Mazda that integrate with Homeland. The first plays on Carrie Mathison (one of the central characters) and her obsession with Abu Nazir, plotting intel on his movements on a pinboard.

“So we're using the pinboard in the ads, but bringing together parts of a Mazda CX-5.” The next story, she said, involves CCTV. The pieces, said Rogers, had “taken on lives of their own.”

After that it's Sodastream in October. Working with Vizeum and Ten the brand will launch three ads and test to see which is the most successful.