Federal Budget - What this means to consumers 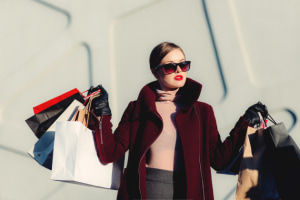 Consumers will have more money in their pockets from the 2021 federal budget measures, according to economists and market analysts.

But this won't come from pay rises. Growth in wages, as measured by the Wage Price Index, slowed to just 0.1% in the September quarter of 2020, the lowest quarterly growth on record.

The spending will flow from consumers feeling wealthier and more secure with improved household finances, rising confidence and a strengthening jobs market.

Household consumption, according to the budget papers, is forecast to grow 1.25% this financial year and then jump to 5% in the financial year starting in July.

The extension of the low and middle income tax offset for an extra 12 months is worth up to $1,080 for individuals and $2,160 for couples.

Look forward to that cash bump after tax returns are completed for the next financial year.

Families also get substantial childcare subsidies of up to 95% of the cost for those with more than one child in the system. The cost is $1.7 billion.

Morgan Stanley says the extension of the tax cuts “begs the question whether this will ultimately become a permanent stimulus”.

Analysts at the investment bank say spending within the discretionary retail space remains high but may moderate as Australia's borders open and overseas holidays start again.

“Broadly speaking, we assume that this normalises as international travel resumes,” the analysts write in a note to clients.

The budget assumes a further delay to re-opening of the international border until mid 2022.

Morgan Stanley says the transition from crisis stimulus to growth stimulus is a key plank in Australia’s post-COVID recovery path.

“Continued fiscal policy leadership is a shift observed globally,and we think Australia is uniquely positioned to target spending and reforms to bolster the recovery; this budget has passed the test in calibrating the pace of the current cycle,” say the analysts.

Analyst at UBS says there's a “virtuous cycle of rounds of much larger than expected fiscal stimulus”.

This results in the economy and labour market booming, underpinning a materially better than expected budget starting point.

UBS says an important point is the government target of getting unemployment below the pre-COVID level of 5% rather than “comfortably below 6%”.

Citi analysts: “As expected, the 2021 Budget delivered further fiscal support to economic activity rather than pivot towards a quicker return to budget repair.

“This strategy will remain until the unemployment rate is below 5%. In our opinion, this is the correct approach given ongoing excess economic capacity, some sectors of the economy remaining scarred from ongoing international border closures and with monetary policy constrained.”

Mark Thirlwell, chief economist at the AICD (Australian Institute of Company Directors) describes the budget as revolutionary but cautious in its own way.

“A big spending budget that still manages to arrive with an improved budget bottom line,” he writes to AICD members.

The budget papers show household spending has continued to recover from the pandemic-driven downturn, with stronger-than-expected numbers for consumption and housing investment.

By late 2020, household consumption had recovered around 80% of the fall since the start of the pandemic, following record growth of 7.9% in the September quarter and 4.3% in the three months to December.

Growth over the December quarter was driven by the reopening of Victoria from the extensive lockdown and the strongest quarterly rise on record for vehicle purchases.

“Looking further ahead, continued growth in household consumption is expected to moderate as the recovery stabilises,” according to the budget papers.

“As the international border reopens, net exports are also expected to weigh on growth, with outbound tourism activity more than offsetting that of inbound tourists. In addition, demand for imported goods is expected to increase.

“However, the gradual arrival of international students and migrants over 2022 will support economic growth, particularly for education services exports and consumption.”