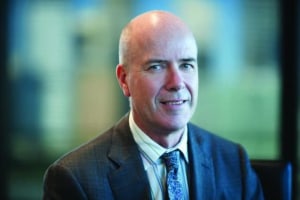 Fairfax is splitting out Domain’s 2016 financials from its less-profitable Australia Metro Media division to create a clearer picture of how much revenue the business makes.

The move sparks more speculation Fairfax is selling the money-making real estate business, with Domain Group’s operating results to be shown as a separate reporting segment in Fairfax’s financial results announcement next Wednesday.

Fairfax has previously denied it would sell Domain. In a statement on the ASX, CEO Greg Hywood says: “Domain makes a significant earnings contribution and remains an integral and growing part of Fairfax. We have no plans for that to change.

“We continue to invest in Domain to make it stronger and extend its business model beyond listening to capture the immense opportunity in the broader real estate ecosystem,” he says.

The publisher has also said it will make nearly $1bn of write-downs for the value of its metro, regional and New Zealand publishing divisions, as the company looks to a future that may not include weekday print editions of its flagship Sydney Morning Herald and The Age publications.

Previously, Hywood has said it is 'inevitable' the SMH and The Age will close weekday print editions in favour of weekend only or more targeted printing.

"The Australian Metro Media adjustments reflect the market reality that the Metro business is facing and the change to segment reporting," he says.

"The considerable work done to transform the publishing business has created flexibility and optionality around the future, and we are confident in our plans to transition to our new sustainable publishing model."

Domain was a strong performer in Fairfax's 2016 half year results, seeing a 74% increase in EBITDA. While print advertising revenue declined across Fairfax titles, Domain saw substantial growth, with a digital advertising revenue growth of 37% and revenue up by 38%.