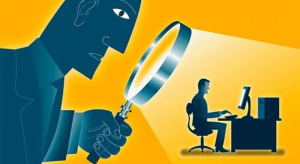 Fairfax Media’s decision to pull out Nielsen is a blow for transparency for the publisher and the digital media industry, media buyers and investment chiefs have said.

Last week, Australia’s second largest newspaper group severed ties with measurement firm Nielsen and told the market it would provide media buyers and clients with its own website traffic data.

The publisher says it will provide the market with its own data that will be independently audited and provide advertisers “with a complete picture of our high-quality, highly-engaged digital audiences.

AdNews approached media buyers to get a feeling for how the move would wash with market.

He tells AdNews Fairfax Media’s move could be symptomatic of broader publisher frustrations about Nieslen’s ability to keep up with changes that allow its audience measurement to capture off platform traffic.

“I can understand the frustration when you are on the sales side and you can see your numbers and there is a gap in the numbers the market looks at through a Nielsen or even an SMI. It’s hard to work through that to sell and manage up internally,” Kroon says.

“That said, there’s a huge focus on transparency and we’re seeing the vast majority of media owners moving to be more transparent using more and more third-party verification to do so."

When AdNews spoke with Kroon about the move late early this week, Fairfax had not provided details about how it planned to provide audience data to the market or who would audit its figures.

Other media buyers who spoke to AdNews but would not go on record said it was frustrating a major media owner would take this step without warning or consultation.

“At first glance this is going to be perceived as a backwards step, regardless of what the reality is,” Kroon adds.

“Short-term the consequence for us is Fairfax is only going to be available monthly and is only going to use panel data, which reduces our visibility of the market and them. Even though Nielsen is imperfect, we’re big believers in work with the industry and prove it rather than pull out.”

It's similar to magazine exodus

Another media senior media buyer, who spoke with AdNews on the condition of anonymity, says the move might be perceived as similar to when major magazine groups decided to pull out of audited circulation figures from the Audited Media Association of Australia.

“This is a canary in the cage of local publishers suffering audience challenges,” the media buyer says.

“It’s a bit similar to what happened with magazines when the data doesn’t tell the market what it wants to see, so you remove the data point.

“What it means on the planning side of things is that Nielsen won’t be able to show agencies and clients unique visitors. Therefore, we can’t third party verify what Fairfax are telling you about their on-platform audience.”

No publisher should 'mark their own homework'

OMD’s head of digital Sian Whitnall tells AdNews that she believes the reaction is going to be a “mixed bag”.

“The critics of Nielsen and its methodology will see this move as Fairfax taking a stand against a measurement tool with known methodology flaws in the bid to protect the ‘sanctity of digital measurement’ and the measurement of their updated portfolio,” Whitnall says.

“However, there will be others who see this move as counterintuitive, knowing that we are in a market where transparency and accountability are king and the fight of the last year has been to ensure no publisher large or small can mark their own homework.

“These people will be questioning why Fairfax couldn’t work alongside Nielsen to make the data accurate and useable to create a better marketplace for all.”

Whitnall points out that Nielsen is the accredited tool for digital measurement and provides media buyers with an independent perspective of how Fairfax Media’s audience stacks up to rivals.

“At OMD we have always championed the use of independent third-party measurement and will continue to do so,” Whitnall says.

Rival digital media publishers have been among the most vocal critics.

An industry expert on measurement, who could only speak to AdNews on the condition of anonymity, questions whether Fairfax Media’s move could lead to a flight of digital publishers away from Nielsen and towards large tech platforms like Google or Facebook tools to measure audiences.

This would be somewhat ironic given digital publishers concerns about the dominance of the duopoly.

It will be interesting is to see how the market reacts over the coming months.

If advertisers and media buyers are not perturbed by Fairfax Media’s move, it could lead to other digital publishers following suit. If there is push back, it could place Fairfax Media in an awkward position in a very competitive market.