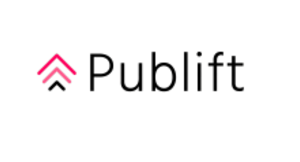 Australian founded adtech startup Publift has made a trio of senior hires including former Skyscanner, Fairfax and Private Media executives.

Founded by ex-Google employees Colm Dolan and Tobin Page, the programmatic business has grown to 23 staff from 15 in the last 12 months.

"Having built this business from the ground up through hiring graduates only, we are now in a position to hire experienced leaders in the industry,” Dolan says.

“This will fuel our continued growth and new SaaS [Software as a Service] product offering to service the biggest publishers in the market".

“Publift balances its adtech intelligence with 100% commitment to the success of its customers and I’m delighted to be part of this next chapter,” Moynihan says.

McDonald started out his career on the agency side at PHD and has also worked with big publishers such as Moshtix and Skyscanner.

He says having a network of publishers that are willing to try new tech and creative executions at scale brings a "unique" offering to agencies.

“'Publift has done a wonderful job of assisting niche publishers to access the best programmatic tech and strategies in market, allowing these smaller businesses to focus on generating the content and services that keep their users engaged,” McDonald says.

“We are now managing such a competitive scale of quality inventory that we've identified a massive opportunity to package that up and take it to agencies and buyers in the market.”

In addition to Sydney hires, Publift has launched a Melbourne office, headed up by regional lead Nick Dunlop.

"Our phenomenal growth over the last year has meant we are now able to hire big hitters in the industry and open a new office in Melbourne where we now have over 15 clients,” Dolan says.

“Being able to attract industry leads to our organisation is a sign of the progress we've made."

Dunlop has more than 15 years’ experience working in operations teams for small to large publishers both in Australia and the UK.

He worked at realestate.com.au, before relocating to London to work in 2006 where he introduced internal ad ops teams to Propertyfinder.co.uk and Last.fm.

Moving back to Melbourne in 2010, he spent five years heading up operations at Private Media which includes Smartcompany and Crikey before starting his own digital advertising consultancy.

"I jumped at the chance to work with Publift as they have a market-leading product that produces great results for its clients and is a real game-changer in Australia,” Dunlop says.

“After working publisher side, in which innovation can be slow, it is great to work somewhere that puts innovation first. This makes for a very exciting workplace.”

The Publift development team, under the stewardship of Publift head of technology, Joe Wongchanglor, will now grow to eight people by August.

The business is also in the midst of launching a new machine learning technology giving tools to publishers to make smarter decisions and increase revenue.

In addition to being the only Google Certified Publishing Partner based in Australia, Publift has grown its client base from 50 to 100 in the last year. Client revenue growth for the business now equates to $25 million annually, or 146% growth year-on-year.