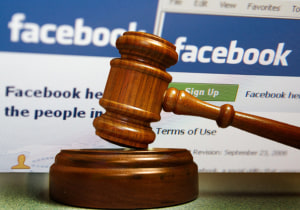 A class action has been launched against Facebook over its purported reach.

Facebook faces a legal battle over allegedly misleading clients on the potential reach of a campaign using the Ads Manager tool.

Last week, Danielle A. Singer and Project Therapy, a small business that had used Facebook for advertising, launched a class action with more than 100 members against the social media giant.

The complaint also draws on information allegedly provided by ex-Facebook employees and seeks class-action status for individuals and companies who purchased advertisements on Facebook from 2013 onwards.

At the heart of the claim is that Facebook’s Ads Manager tool purports to reach significantly more users than official population data and this had misled advertisers into spending more on the platform than it otherwise would have.

Last year, AdNews ran an investigation that revealed Facebook had overstated its reach in Australia by 1.7 million millennials than official population figures, which has now grown to 1.85 million a year on.

A similar analysis by Pivotal Research Group senior analyst Brian Wieser found similar reach inflation of 29 million among 18-49 year-olds in the US. This highlights the issue is global, but AdNews is not aware of any clients that have taken legal action over Facebook's reach claims until now.

AdNews has approached Facebook for comment, but according to reports, a Facebook spokesperson said “this suit is without merit and we plan to defend ourselves vigorously.”

The 19-page class action complaint document, obtained by AdNews, was lodged in the US District Court for the Northern District of California.

The document states that Facebook overstates the potential reach of its ads to the 18-34 year-olds in every state of the US. It provided examples of how much Facebook inflated its number of millennial users (18-34s) in large cities.

The complaint document also cites several former Facebook employees that allege the company does not care about the accuracy of its potential reach figures.

One “former employee”, cited as a confidential witness 1, said those within Facebook responsible for the accuracy of the potential reach were indifferent to the actual numbers, “did not give a sh** and the ‘Potential Reach’ is “like a made-up PR number”.

Another former employee cited as confidential witness 2 said Facebook does not care about the accuracy of user numbers “so long as advertising revenue is not negatively affected”.

Another former employee, confidential witness 3, added that Facebook was not concerned about duplicate or fake accounts when it calculated potential reach.

The material aspects of this case are that Facebook’s reach misrepresentation induced advertisers to pay more for ads under the belief they could reach more people than possible. This contributes to a “distorted market price for its advertising”.

Reach inflation also encouraged advertisers to purchase additional ads on the platform and provided Facebook with an “unfair competitive advantage over other online advertising platforms, such as YouTube, LinkedIn and Twitter.

The document added: “Because Facebook has inflated its potential reach, plaintiffs and putative class members purchased more advertisements from Facebook and paid a higher price for advertisements than they otherwise would have.

The complaint says that audience size is an important factor when advertisers determine where to spend their marketing dollars.

“Indeed, potential reach and estimated daily reach are the only information Facebook provides to advertisers regarding the anticipated performance of the ad campaign prior purchasing an advertisement,” the document added.

“Moreover, user inflation can skew an advertiser’s decision making, which is frequently based on the anticipated reach of the advertising campaign, or ‘potential reach’.

The document added that reach inflation can have “real consequences for an advertiser’s overall communications plan”.