Facebook’s reach inflation grows to 1.85 million in a year 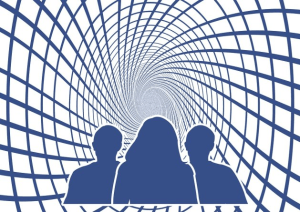 The gap between Facebook’s potential reach and Australia’s population has widened in the past year as the social media company faces a lawsuit for allegedly misleading clients.

Last August, Facebook’s Ad Manager tool claimed it could serve ads to 1.7 million more 15 to 39-year-olds than the official population of Australia, an AdNews investigation found.

Today, AdNews can reveal that the gap between population and Facebook’s reach across this age bracket is 1.85 million.

By demographics, Facebook’s reach overstatement has widened across ever demographic, except 15-19s, 30-34s and 45-49s.

The gap widened the most among 25-29s, where Facebook claims it can reach 41% more users than official Australian Bureau of Statistics figures, which have been updated to December 2017. When AdNews ran its initial analysis, the gap in this demographic was only 29%.

Interestingly, Facebook’s reach of 15-19s has contracted to a 1% difference more than the population, which is down from 9.3% a year ago.

However, despite the claims, Facebook stresses that the reach data is not meant to represent census and population data and the reach figure is built up from many datasets.

It says estimates are based on the placements and targeting criteria advertisers select and include factors like user behaviors, user demographics and location data.

“Our estimator is designed to provide a sense of how many people in a given area are eligible to see an ad a business might run over the course of a campaign. It wasn’t designed to mirror census data, but rather give marketers an estimate of how to plan their campaigns on Facebook.”

The differences are even more stark in Australia’s largest city Sydney. Aside from 15-19s, Facebook’s reach for all other demographics had grown significantly. In the 25-29 year-old demographic, Facebook says it can reach an additional 67% more than the current population.

In Melbourne, the situation is largely reversed, with Facebook’s reach shrinking in most demographics aside from 35 to 39s.

The situation is similar in the US, where Pivotal Research Group senior analyst Brian Wieser ran his own test and found Facebook’s reach had increased marginally to 163 million 18-49 year-olds – which is 28 million more than official US population figures.

"Surprisingly, Facebook has not corrected the underlying error, so far as we can tell. In fact, the problem appears to have worsened," Wieser wrote in a note to investors.

Pivotal Research Group continues to rate Facebook's stock as 'sell' and said the lawsuit about reach data in Ads Managaer and recent problems in Myanmar "further illustrate systemic problems with the company".

In some US cities, inflation is even more severe among millennials. Facebook reaches three times more 18-34 year-olds than live in Dallas, 2.8 times more millennials than officially lives in Houston and 2.4 times more than found in Los Angeles.

Last week, a former US client filed a class action with more than 100 members against Facebook claiming that Facebook overstates purported potential reach and this had skewed the advertiser’s decision making.