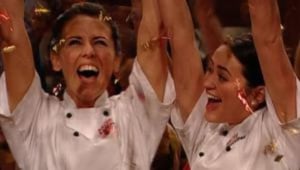 Seven has entered a major content deal with Facebook to produce new original digital series for the social media platform.

As part of the deal, a first for Facebook in Australia, Seven Studios will create content for the social media giant for an undisclosed sum. The digital series will be extensions of existing shows, including My Kitchen Rules, Home and Away, Better Homes and Gardens and House Rules.

The initiative is overseen by Matt Apps, executive producer and digital content lead at Seven, and Amber Brown, entertainment and media partnerships at Facebook, with the first content out on 17 June.

“Original content from our biggest and best brands will be published daily, providing a major promotional extension for Australia’s most loved shows while complimenting their place on 7 and 7plus,” Therese Hegarty, Seven Studios CEO, says.

“The deal will help Seven reach and engage even more people, giving fans more of what they love and giving a boost to our commercial partners.”

Facebook Watch, the platform’s video on-demand service, was launched last year and is now looking to ramp up locally, with similar deals with other TV networks expected.

The deal with Seven fits into Mark Zuckerberg’s, CEO of Facebook, vision to make the platform more community-focused, with it recently revealing a redesign of its feed that prioritises Groups.

“We are excited to invest in content that ignites this type of conversation and connection.”

The deal with the TV network comes after years of criticism of Facebook for hosting news content from publishers for free, diverting advertising revenue from traditional media.