Facebook plans to double advertising spend as it rebuilds trust 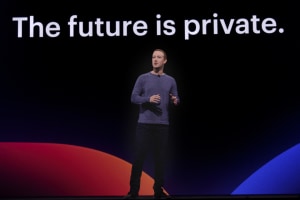 Facebook plans to almost double its ad spend over the next few years as it rehabilitates its image amid sustained criticism.

Antonio Lucio, Facebook’s CMO, says the social media giant wants to rebuild trust with users and will enlist the help of five creative agencies to do so.

“There’s no question we made mistakes and we’re in the process of addressing them one after the other, but we have to tell that story to the world on the trust side as well as on the value side,” he says in an interview with The Wall Street Journal.

Facebook doesn't release numbers on its ad spend but some estimates put it as high as $US382 million a year.

Facebook will maintain its long-running relationship with independent agency Wieden + Kennedy to work on its App.

Droga5, which was recently acquired by Accenture Interactive, will work on Facebook’s corporate brand and mission to rebuild trust.

Facebook is still dealing with the fallout of the Cambridge Analyitca scandal in the US, as well as a reported antitrust probe from the Federal Trade Commission.

In Australia, Facebook is part of the Australian Competition and Consumer Commission’s (ACCC) inquiry into the impact of digital platforms on journalism.

Rod Sims, ACCC chair, has been scathing of Facebook’s impact on local media and has hinted at recommending stronger regulations in his inquiry report. The final report is due to be handed to government on 30 June.

Facebook, in addition to Google, was also the focus of public backlash after the Christchurch terrorist attack was live streamed on its platform. This resulted in the Coalition government's social media laws.