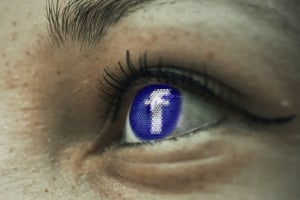 Facebook will be fined the maximum £500,000 for breaches related to the Cambridge Analytica data scandal under UK law.

An investigation by the Information Commissioner’s Office recommended the penalty as well as other measures to curtail how personal information is used online in political campaigns.

Amongst the recommendations is that there is an ethical pause on microtargeting advertising tools for political campaigning.

In a report, 'Democracy Disrupted? Personal Information and Political Influence', the ICO says that “social media companies have a responsibility to act as information fiduciaries, as citizens increasingly live their lives online”.

The report added: “A significant finding of the ICO investigation is the conclusion that Facebook has not been sufficiently transparent to enable users to understand how and why they might be targeted by a political party or campaign.”

“Whilst users were informed that their data would be used for commercial advertising, it was not clear that political advertising would take place on the platform.”

1) The political parties must work with the ICO, the Cabinet Office and the Electoral Commission to identify and implement a cross-party solution to improve transparency around the use of commonly held data.

2) The ICO will work with the Electoral Commission, Cabinet Office and the political parties to launch a version of its successful Your Data Matters campaign before the next General Election. The aim will be to increase transparency and build trust and confidence amongst 5 the electorate on how their personal data is being used during political campaigns.

3) Political parties need to apply due diligence when sourcing personal information from third party organisations, including data brokers, to ensure the appropriate consent has been sought from the individuals concerned and that individuals are effectively informed in line with transparency requirements under the GDPR. This should form part of the data protection impact assessments conducted by political parties.

4) The government should legislate at the earliest opportunity to introduce a statutory Code of Practice under the DPA2018 for the use of personal information in political campaigns. The ICO will work closely with government to determine the scope of the Code.

5) It should be a requirement that third party audits be carried out after referendum campaigns are concluded to ensure personal data held by the campaign is deleted, or if it has been shared, the appropriate consent has been obtained.

6) The Centre for Data Ethics and Innovation should work with the ICO, the Electoral Commission to conduct an ethical debate in the form of a citizen jury to understand further the impact of new and developing technologies and the use of data analytics in political campaigns.

8) The ICO will work with the European Data Protection Board (EDPB), and the relevant lead Data Protection Authorities, to ensure online platforms’ compliance with the GDPR - that users understand how personal information is processed in the targeted advertising model and that effective controls are available. This includes greater transparency in relation to the privacy settings and the design and prominence of privacy notices.

9) All of the platforms covered in this report should urgently roll out planned transparency features in relation to political advertising to the UK. This should include consultation and evaluation of these tools by the ICO and the Electoral Commission.

10) The government should conduct a review of the regulatory gaps in relation to content and provenance and jurisdictional scope of political advertising online. This should include consideration of requirements for digital political advertising to be archived in an open data repository to enable scrutiny and analysis of the data.