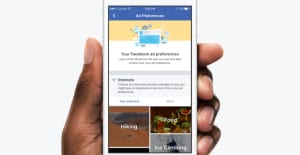 Facebook may have just won adland’s fight against adblockers with an update that sees all adblocking software on its desktop website become essentially useless.

The change allows the digital giant to serve ads on its desktop site even to people who have adblocking software installed and running. However, users will also be able opt out of seeing ads from companies that have added them to their customer lists.

User are now shown the advertisers that have them on email lists and are presented with the option to stop receiving ads from those brands. 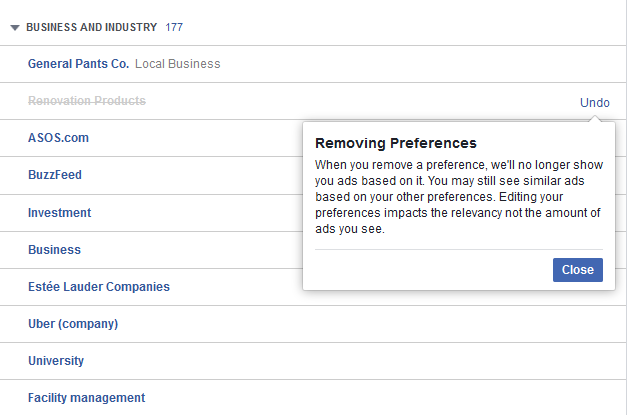 Facebook VP of ads and business platform Andrew Bosworth says the move comes as a response to the disruptive, bad ads that have emerged on digital and to adblockers that are stealing revenue.

Publishers have been trying a variety of approaches to combat the issue, Facebook is better positioned to take a stance. Bosworth says adblockers were “certainly bad for the publications that are robbed of half of the value exchange between users and publishers”.

“If you don’t want to see ads about a certain interest like travel or cats, you can remove the interest from your ad preferences,” he says.

"We also heard that people want to be able to stop seeing ads from businesses or organizations that have added them to their customer lists, and so we are adding tools that allow people to do this," he added. "These improvements are designed to give people even more control over how their data informs the ads they see."

The changes will also benefit marketers, according to Bosworth: “Advertisers want to make sure they’re spending money in a way they think will be effective for them.”

The move is perhaps the strongest anti-adblocking measure taken by a technology company, especially one that serves advertising to more than 1.7 billion monthly users globally.

Facebook admitted earlier this year it is seeing an adverse impact from adblockers. Globally, the concern around adblocking has been burgeoning, with the World Federation of Advertisers (WFA) revealing 22% of the world’s 1.9 million smartphone users are now blocking ads on the mobile web.

Bosworth says Facebook’s ad preferences tools were designed to make ads “indistinguishable” from other content from an adblockers perspective.

"When we asked people about why they used adblocking software, the primary reason we heard was to stop annoying, disruptive ads. As we offer people more powerful controls, we'll also begin showing ads on Facebook desktop for people who currently use adblocking software,” he says.