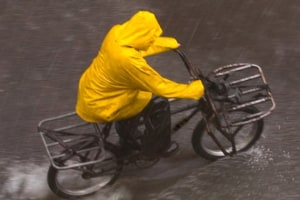 The advertising industry, which ditched jobs in the fearful depths of the pandemic, now faces a talent shortage as ad spend surges for the first time in years.

Last year the agencies had the upper hand in the job market. That’s changing, say recruiters and industry insiders. Salaries, depressed during the economic fallout of COVID-19, have begun to rise as some roles become hard-to-fill.

Another factor making talent scarce is a halt in the flow of qualified industry players from the UK.

And local talent, who held onto their seats with an iron grip during the uncertainty of COVID-19, are loosening up, looking around for opportunity.

They ask: If I’m not getting a pay rise here, still, then I may as well see what’s on offer.

“What we’re seeing now is massive salary inflation,” he told the AdNews Brisbane Live event. He asks: How is that sustainable?

The MFA is now hearing from members, the industry and the broader business world that the vacancy gap has increased with a lot of pressure to fill roles.

“The additional workload this creates and the resulting stress on people is of significant concern,” says MFA chief executive Sophie Madden.

“We don’t have any hard data on the drivers. However, there is the combined impact of our industry population decline last year for the first time, coupled with reduced regrettable loss and very limited access to overseas talent.  Plus, frustration after a difficult year last year.  All these factors would have an impact.”

She says the biggest pressure in media agency vacancy is talent with three to five years experience in digital, implementation and search roles.

Recruiter Belinda Lodge, writing on LinkedIn: “Paying over the odds for talent is a viable attraction strategy, it always has been. But prematurely raising salaries across the board as the sole mechanism to get ‘bums on seats’ will have a long term impact on our industry well into the future.

“When the excitement of salary increases passes, my sincere hope is that talent find themselves in the agencies they want to be in, working on campaigns they are truly passionate about, supported by strong and dignified management.”

Agencies pared back staff at the height of COVID-19, restructuring to a leaner, fighting model.

“People didn’t know what was going to happen so they sat tight,” he says. “Now that it seems we’re coming out of the worst of it, talent are poking their heads above the parapet and are open to conversations.

“There definitely is a talent shortage. It’s more the junior to mid-level account service.

“Also digital producers I'm having trouble finding. I think creatives haven’t been hit so much. Planners, I'm not seeing a big issue with. Good social and content talent are hard to find.  Directors or managers or strategists are tight."

On the money side money, he’s seeing a small improvement in salaries.

“Agencies are in a real quandary,” he says. “The money's just not there. It's getting harder and harder, so they can only pay a certain amount.

“If you're a good candidate and you'll be pursued by multiple people, you can probably up your salary a bit. The short answer is yes, slightly, but I'm not seeing anything over the odds.

“Agencies need to buckle down on their staff. If they’re good and want to keep them, they're going to have to focus on them and reward them somehow.”

Melbourne-based strategist and author Eaon Pritchard, currently looking for a senior role, sees a general move to the middle.

"It appears like there's a shortage of talent simply because there is a over-supply of mid/senior level roles," he says.

"Post covid it seems like the Heads of.. kind of roles have almost disappeared and have been replaced with 'Director' level. This is of course contributing to job title inflation and people with only a few years experience being promoted into incompetence.

"The salaries are higher in a relative sense but lower than you would expect to pay if the role was inhabited by appropriate seniority. Consequently any proper senior jobs out there are moving to the middle, offering salaries that are lower than ten years ago.
"The other key trend is what I'm calling 'hybridisation'. Twice recently I've enquired about strategy roles advertised which turn out to be client service roles with strategy, planning and implementational responsibilities built in. Basically four jobs in one. Whilst I can see why the finance departments might like this idea, my sense is that it short changes clients (unless the person doing the role is exceptional and versatile) and it's a recipe for burn-out."
Vanessa Liell, executive director, Commtract and co-founder Herd MSL, is seeing a lot of pent up demand.

“The economy is growing so people are back to hiring and maybe people that didn't move last year might be thinking about that,” she says

“I would encourage people who are thinking of moving to really think about the full picture. The short term moves for pay increases don’t always deliver long term benefits.”

“However, their clients are now not as risk averse as before and are releasing programs of work, diversifying their products and services and are also investing in their digital capabilities,” she says.

“So agencies are now starting to pitch and win pieces of work and urgently need to acquire specialist digital talent.”

One agency told her it only had four applications via SEEK for a digital account manager role when it usually got at least 30.

There’s also the issue of the limitations of Skilled Work Visas where many talent within agencies are unable to extend their working visas.

In the recruitment industry alone, the industry will lose 700 recruiters this year because Skilled Working Visas can’t be extended.

“We are also seeing agency talent transitioning into in-house roles because client-side organisations are building their in-house digital capability and are offering defined career paths,” she says.

“And a large percentage of agencies are asking their talent to work full-time in the office, without considering their needs and desires. As per our 2021 Talent Insights Report, the majority of talent want to work from home most of the time and no more than one or two days a week in the office.”

The roles in demand at the moment include digital account managers, digital strategist, digital creatives

She says pays aren’t lifting much at the moment but they will need to rise soon.

“In the near future, organisations will need to have a differentiation to acquire the top agency talent,” she says. “They’ll need to be able to offer them something extra.

“Within agencies, there’s no differentiation — they are not offering the benefits or bonuses compared to client-side. So experienced talent are leaving adland for better lifestyle benefits, the opportunity to upskill and future career scope, client-side.”

“It’s more about knowing how and where to look to find them,” he says.

Also plenty of demand from digital publishers looking to staff up in operations and client services divisions. Commercial ranks across offline and online are also seeking staff in various levels within their sales teams”.

He’s not seeing a rise in pay at the moment.

“Salaries have returned to pre-COVID levels but nothing to suggest there has been any significant increases across the sectors we supply within,” he says.

“Sustainable businesses tend to be realistic about what they can and can’t afford to pay and brief us accordingly.”