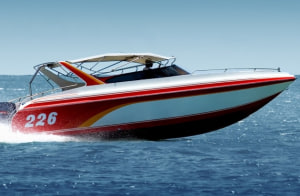 Ad spend grew 2.1% in March with strong digital and television, according to consolidated media agency bookings.

Oudoor media is showing support as it rises from the slump of the pandemic.

"We’re now heading into unchartered territory as we’ve never before seen such huge growth in ad spend and expect to be reporting record levels of growth over the next few months, but of course it’s coming from an extremely low base,’’says SMI AU/NZ managing director Jane Ractliffe.

The March result came after a large $116 million surge in late digital bookings, giving digital the strongest growth rate this month at 15.6%.

Outdoor bookings are already up 9.4% in April and radio ad spend 16.6% higher.

"The numbers are mind-boggling," she says.

Early April numbers are already showing Food/Produce/Dairy advertisers growing budgets by 68% over last April, while the Home Furnishing/Appliances category is already up 129% in the early data and Gambling ad spend is up 162%.

Ractliffe says outdoor’s return to growth in April was especially pleasing given it has been the media that’s been the most affected by COVID.

SMI’s March data was notable for the world’s first view of programmatic outdoor ad spend with data collected from media agencies either booking spend via outdoor third parties or demand side platforms.