EXCLUSIVE - Is an agency long lunch a fair trade for coming into the office? 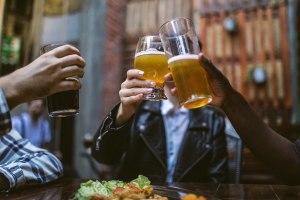 Work flexibility has been added to work-life balance, manager quality and respect as key reasons for bailing out of a current job.

Almost one in four (24%), seeing job prospects opening up as the economy surges, are thinking of quitting, according to Australian data within the latest Gartner Global Talent Monitor report.

And being told to come back to the office, after working from home in 2020, has become an issue.

Many are rethinking what they want from life and are taking a hard look at their work life and what employers are doing as COVID-19 restrictions are relaxed.

In Australia, big players including Telstra and Atlassian have open policies of work where you like except where you need to be customer facing.

But some just don’t believe in working from home. Creativity, they say, is best done face-to-face. And there is lingering suspicion. As one agency head said: “No doubt some are taking advantage.”

In the US, there’s been a strong backlash against corporate leaders -- among them Goldman Sachs CEO David Solomon who called working from home “an aberration”.

The reasoning behind working in the office -- that creative people need other creative people around them to be creative -- isn’t supported by the latest research. A lot of quality thinking happens when we are alone.

“Employers are facing a very stark reality which is the most buoyant employment market we've seen in about 20 years,” says Aaron McEwan, VP Research & Advisory for Gartner.

“People have way more choice because you don't have to live in Sydney to get a job anymore. At an individual level an employee that has a high demand skill set can literally work anywhere in the world now.

“Then you've got these outdated mindsets from a lot of leaders -- you have to be in offices for great things to happen -- which employees know is not the case.”

McEwan says people are saving money just by working from home, the first quasi pay rise they’ve had for a while. They're just not spending as much to get to work and they don’t see many dry cleaning bills.

“It’s a bit of a windfall for a lot of people, so no wonder the economy is looking positive,” he told AdNews. “People pumping money into their local economy, as in the cafe down the road rather than the CBD.”

But loyalty is down to a thin layer across all industries. Burnout is common. Many now realise that recognition for their efforts during the depths of the pandemic isn’t coming. More of the same and they want change.

The Gartner research shows the proportion of employees showing high discretionary effort – or willingness to go above and beyond for their employer – has fallen to 16% in Australia.

Overall, just 9% of Australian workers are considered “engaged”, showing both high discretionary effort and high intent to stay with their current employer.

“Employees are essentially rethinking their priorities in a very deep way,” says Mcewan.

“And work-life balance is at the top of both why people are leaving their jobs and why they're joining new companies. Compensation has dropped to number 10 in Australia for why people leave their job.

“Even things like future career opportunities have now dropped out of the top five.

“There's a couple of ways you could interpret that data. One is that people have just given up on the idea of ever getting a promotion or a pay rise.

“But I think it, it actually points to something much deeper and longer lasting. During COVID a lot of people who've been in a privileged position of financial stability during that period have deeply reflected on what's important to them, probably recognising that work is not the number one thing in their life.

“Companies like Atlassian have made bold decisions. ‘Work from anywhere, we don't care. Just be in the office four days a year and you don't need manager approval.’ That's a bold line in the sand that they've drawn.

“And because they have it's a company that gets so much media attention, particularly in Australia, that is going to set the bar for many organisations.”

The office centric model was essentially birthed in the 19th century. 9am to 5pm in a particular room was often related to the lack of natural life. That's why it was structured that way. It persisted into the 20th century because people needed to be where their tools of the trade were.

“In the 1980s the likelihood would be that your company had a way more powerful computer for you to use than you could get at home,” says McEwan.

“Now it's the opposite. At home I've got a widescreen monitor with a second monitor on the side, webcams everywhere, microphones and it's all decked out like the Starship Enterprise.

“When I go to the office, I take my laptop in and have to scrunch over this little screen to do my work and be annoyed every five seconds by people around me. Not to mention the commute, the expense of going to work. I've got to put on a shirt and a tie and a suit and get my dry cleaning done. And then I'll probably finish work on Thursday and go for a drink and blow $300 at the pub.

“When you look at it through the lens of the research, If the job can be done effectively from home with little impact, either from a cost or an opportunity perspective, then employees are going to question why they would need to come into an office to do the same work.

“Therefore the office becomes the focus of something different, which is the work that you can't do at home.

“There is value in coming to an office to connect with people, engaging those innovative or collaborative practices when they're needed, to kind of meet with clients if that's a requirement.

“You come in, you meet a few people, you engage in a few purposeful meetings as a team. Your boss takes you for lunch and then you never go back to the office. That'll be a good thing but it's not going to deliver the grunt task-based productivity improvements that we've seen across 2020 but it's still valuable stuff to do.

“My advice to leaders who are champing at the bit to get everyone back into the office is be careful what you wish for. When they're in the office ... a lot of output is going to be relational work.”

And some research shows that the office isn’t that efficient.

Dr Florian Klonek, from the Centre for Transformative Work Design based at Curtin University’s Future of Work Institute, says many subjectively see an advantage to working in the same office with everyone else.

“Essentially, being physically in the same room with your team members often has socio-motivational gains which means that it is fun and motivating to brainstorm collectively about ideas,” he told AdNews.

“Interestingly, from a research perspective, there is the finding that remote working conditions leads to more unique ideas being shared (when we compare it with face-to-face teams).

“The reason is that when brainstorming in the same office with other team members, we are more susceptible to a phenomenon which is called ‘production blocking’, that is, team members with potentially creative/unique ideas cannot share them because they are ‘blocked’ by those team members who are speaking (taking space away from the others).

But from a team perspective, remote working makes it harder to coordinate activities between different members.

“When multiple people work on the same task, it can just be easier to meet in the same space, discuss the task at hand, share materials and methods etc. In a “virtual space” these coordinated actions are much harder, and they can be even worse when there are differences in time zones, extensive response lags (e.g., waiting for an email response),” says Klonek.

“In our research, we identified different ways in which these issues can be mitigated and showed, for example, how team leaders can make smart choices around work design which then help remotely working teams in achieving better performance (and also in coordinating more effectively).”

Of course, working from home during COVID-19 wasn’t much fun for many; the challenges of homeschooling or sharing a small apartment with flat mates.

“If we strip away these whole pandemic context factors that are also shaping our experience of remote working, the research (before COVID19 hit) suggests that those working remotely experience more autonomy and control at work,” he says.

“That is, remote working allows more control about how to schedule and plan our tasks which also explained why remotely working employees often have higher job satisfaction.”

What’s becoming common in the advertising and media industry is a hybrid system - a split between working from home and coming in a few days a week.

At PHD, which was named at the top of the AFR Best Places to Work list for the media and advertising industry, people are asked to be in the office three days a week.

“There's a whole heap of flexibility within and beyond that,” says Mark Jarrett, CEO of PHD Australia.

“Our industry is a service based and relationship based industry, and that there's a lot that can be achieved from ideation through to just shortcutting.

“Face-to-face for us is still important. People are. Having those connections at least three days a week. But beyond that, we’re keen to offer as much flexibility as possible.

“We had all those flexibility policies in place before the pandemic, but I think that the real cultural change is that pretty much 99% of the people are using them now as opposed to before where it was a much smaller proportion of the company.

“It offers the ability for people to find a balance with different things they might want to achieve or do outside of work. It certainly empowers them and it shows that we trust them to get things done without having someone standing over their shoulder in the offices. It works.

“There are some things where a silent room at home for six hours lets you knock out something that would take you a week if you're being constantly interrupted.

“It seems like a good balance and there's certainly some research out there that says spending 70% of your time in the office is optimal. The three days in the office are reflective of that as well.”