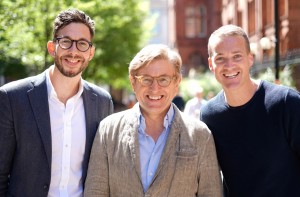 The self-serve platform for micro-influencers was founded in 2015 by television and radio host Jules Lund.

Weed didn’t reveal the size of his investment but is reported as saying he was attracted by Tribe’s potential to "solve the challenge" of delivering a lot of content quickly in a cost-effective way.

He says this investment, Weed's first major play since leaving Unilever last month after 35 years, will be one of several in start-ups.

Weed, in a Tweet, describes Tribe: "Quality, low cost, speedy content is now possible no matter how big or small you brand or brand budget is!"

Tribe in March raised $10.5 million led by Sydney-based private equity group Exto Partners as the startup looks at expansion in the US.

The platform allows brands to put out briefs on the self-serve platform for creative content by influencers.

Weed has previously criticised influencer marketing over its lack of transparency, saying it needs to rebuild trust before it’s lost.