Eurovision pulls in audiences for SBS 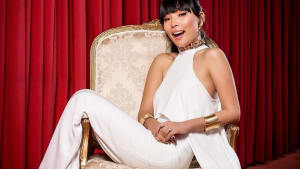 SBS's coverage of the 2016 Eurovision has seen a 13% increase in the live finale numbers and a 82% lift online from the previous year.

The early morning, live broadcast, which started at 5am on the East Coast picked up a combined metro and audience audience of 394,000 viewers, which is a 13% lift on the prior year.

According to the OzTam overnight metro ratings, the Saturday night semi finale picked up 599,000 metro viewers. A Sunday night replay saw 407,000 viewers tune in, making it the 16th most watched show of the night.

In Australia, SBS Eurovision was trending across Twitter on Friday, Saturday and Sunday evening. During the broadcast the hashtag #SBSEurovision was tweeted more than 121,500 times, peaking at 260 tweet per minute on the Friday semi-final broadcast.