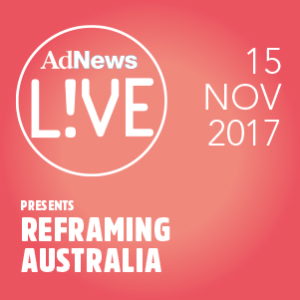 Epoch Times’ Alfred Sinn will reveal his company’s latest and exclusive findings into the growth of Australia’s Chinese population, and the changes within it, at AdNews Live! Reframing Australia.

Epoch Media Group – headquartered in New York City and one of the largest, independent Chinese-language news media groups in the world – publishes Epoch Times and is considered the leading media channel for Chinese in Australia.

Sinn will unveil findings about the growing local Chinese population, based on the 2016 Census and his company’s findings.

Since 2011, there has been a staggering 39% growth in those who consider themselves of Chinese background with the population now over 1.2 million, and long gone are the days where this ethnicity was bound by one suburb in each of the major metro areas.

Sinn will explain how this audience connects and engages with brands and media, and how that will too change over the coming decade.

Sinn says, “With ethnic Chinese representing over 10% of Sydney’s population, and with some brands reporting 30-40% Chinese clientele, the question to ad agencies is – does your advertising spend reflect Australia’s latest demographic changes?”

AdNews Live! Reframing Australia – a half day event next Wednesday in Sydney - will explore the disconnect between the industry and our changing demography, and why brands that do not adopt a more representative approach will lose.There are some tickets still available.

The event will look at the cost of creative whitewashing and the business benefits of connecting to Australia’s super-diverse population. Check out the programme and the speakers here.