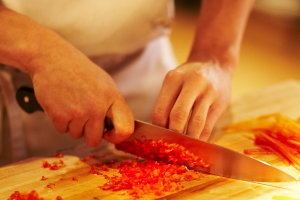 The former owners of Eastwick Communications are in for a big payday from marketing and communications group Enero as they appraoch their earn out.

Profit for Enero in the half year to December was cut by more than one-third by a charge against Eastwick, a technology public relations agency based in Silicon Valley, acquired by Enero in 2016.

Revenue was up 23% to $133.49 million. The company declared an interim fully franked dividend of 2.5 cents.

Profit took a $1.81 million charge over the Eastwick acquisition. The company said: “The contingent consideration fair value loss is in relation to the re-assessment of future payments for the Eastwick Communications acquisition.”

The charge to the profit result relates to a potential future payment to the former owners of Eastwick Communications.

Eastwick was bought in September 2016 for an initial cash payment of $US5 million plus deferred payments tied to performance targets over the next four years. Those targets aren't known but such payments are usually tied to earnings.

"There is uncertainty around the actual payments that will be made as the payments are subject to the performance of Orchard Marketing and Eastwick Communications subsequent to the reporting date," according to notes to Enero's financial statements.

The profit result announcement is the last for CEO Matthew Melhuish, the founder of creative agency BMF, before standing down in March.

“I would like to build myself more of a portfolio life and bring some of the lessons I have learned from renewing Enero to other businesses and industries,” he says.

Ann Sherry, the new chair of Enero, says the search for a new CEO is well underway.

“The group delivered a very strong set of results for the half year, most importantly achieving organic revenue growth of 7% and delivering above benchmark margins,” she says.

“In my short time in the role, I have met many of the teams, particularly those in Sydney, and have been very impressed with their energy and enthusiasm.”

International operations, in the US, UK and Europe, now make up more than half the company's revenue.

The December half numbers: