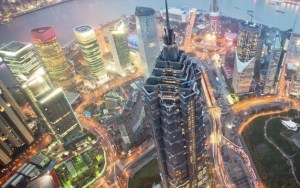 Alibaba's steep climb in ad revenue has hit a speed bump, according to forecasts by analysts at eMarketer.

The giant digital player will still be number one in China but customers are pulling back on spending and searching more for basic staples and less for high-end consumer products.

This slide will be driven by deceleration in Alibaba’s search ad business, which grew by 41.2% last year but will grow by only 8.9% this year.

However, Alibaba’s combined ad revenue of $US27.05 billion will easily lead the pack and represents 35.9% of all digital ad dollars in China.

eMarketer also forecasts a rebound for Alibaba next year, up 16.8% as China’s economy returns to relative normalcy.

The $US75.33 billion total will rank China as the second-largest for digital advertising in the world, behind the US at $US134.66 billion.

But there will be a power swap among the major platforms, as Tencent becomes the second placed publisher, displacing Baidu.

eMarketer forecasts that Baidu’s net ad revenue this year will drop to its lowest point since 2016. Baidu’s $US7.85 billion will represent a 14.3% fall year-over-year, coming after a 2019 that also saw an 8% decline.

“Advertisers are showing that they increasingly prefer the reliability of Alibaba’s platforms for their search spend.” 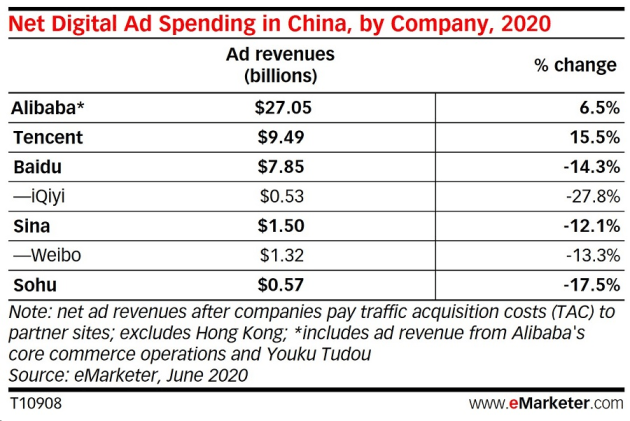