Early SMI - Television bookings race into April and beyond 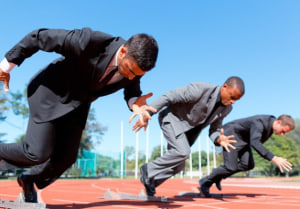 Metro TV advertising revenue growth is running 7% ahead of the same month last year, according to early numbers from SMI (Standard Media Index).

Metro TV bookings through media agencies have been surging, apart from a dip in January, since September last year.

The early SMI data, released to subscribers but not yet made public, track well against forecasts by Nine Entertainment made in February

"The advertising market continues to show strength, with television in particular benefiting from a shift to ‘brand’ by major advertisers," Nine said when releasing its results for the six months to December 2020.

The media group then said March quarter free-to-air television revenues for the metro market were expected to be up in the low-to-mid single digits.

According to figures compiled by Deloitte and released by industry body Commercial Radio Australia, the advertising market has continued to improve for commercial radio stations.

These numbers show a positive result in the month of March helping metropolitan advertising revenue reach $153.418 million in the March quarter, a 3.76% fall compared to the same period a year ago.

April is running well ahead of last year. However, that month was largely affected by the economic fallout from the pandemic, meaning that any comparisions up to September will be against numbers dragged lower by the pandemic.

The latest SMI numbers will be compared to a light month in March 2020, partly impacted by COVID-19, with an 11% fall.

The strong showing in March follows February with overall TV ad spend up 8.5%, or $18 million.