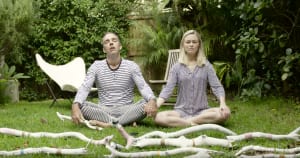 The first season of Avalon Now launched last year, garnering more than two million times on Facebook and received 4,500 shares and 121,931 clicks through to Domain's website.

Avalon Now launched in September last year as a comedic content series parodying the foibles of life on the northern beaches, from enjoying activated almonds and kale salads to drinking out of mason jars.

The original episodes, directed by Bruce Walters and Felix Williamson, starred Australian actors such as Jeremy Sims and Richard Roxburgh, who could be making their return in season two.

Domain editorial and marketing boss Melina Cruickshank tells AdNews the content marketing series was developed to speak to a new generation of buyers and sellers.

“We wanted to bring a light-hearted approach to property and the Domain brand to speak to someone beyond the initial target market and capture people who might not of heard of us previously,” she says.

“It's not a typical marketing campaign, we wanted to get our brand across in a way that wasn't traditional.”

Cruickshank says while there has been commercial interest in the show, it wasn't the initial intention of Domain to monetise the series. The first Avalon Now was commissioned by Domain, however this time around two sponsors are coming on board that will be announced in coming weeks.

“We have a really strong mobile position so we try to work with brands that themselves have a mobile mindset,” Cruickshank says.

Domain reaches eight million people on Facebook each week, according to Nielsen. The new series of Avalon Now will be hosted on Facebook again this year and on the Domain page, which offers more inventory to sponsors of the show.

From brand to publisher

Cruickshank was previously the head of Fairfax's life media arm. When she began at Domain nearly two years ago she implemented the content and audience division, which sees marketers and journalists side by side. The division has now grown from six people to 63 in 18 months and 22 journalists work within the editorial team.

Domain has firmly cemented its place as a publisher, reaching a unique digital audience of 4.1 million in April, closely following Australia's most read news site – The Sydney Morning Herald.

In May, Domain published 578 stories. Its content can vary from articles on booming suburbs to celebrity property purchases, which can be hosted on any Fairfax title, such as The Age or The Canberra Times.

“We see ourself as a publisher. My strategy was to ramp up the content and audience side of the business and it's working – we've tripled our audience, we have almost a million social media followers and we are hiring more journalists,” Cruickshank says.

“Our publishing area is meeting a demand for the huge property obsession in Australia. We want people to read about the market – to know everything they can and that's the beauty of Domain – we've capture a niche market.”

Domain is focused on data journalism, video content, breaking news and broadcasting live auctions each Saturday in Melbourne, Sydney and Canberra via Facebook Live. In April, more than 750,000 people watched Domain's live streams on one weekend.

“We have a really close relationship with Facebook. They rely on quality content and that's what we do,” Cruickshank says.

She says Domain has seen no difference in traffic since Facebook announced its algorithm update, however it's able to host its content on a variety of social media platforms and leverage its partnership with Fairfax.

Cruickshank says social and digital are at the heart of the Domain business, however the brand turned publisher still invests heavily in outdoor and has secured a multi year sponsorship with TV show The Block, which she says sees “record traffic”.

“For brands looking to move into publishing, it's about having the courage to do a content series rather than performance based marketing,” she says.