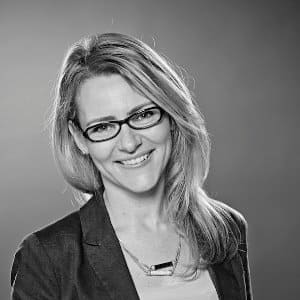 After just a month in the hot seat, Kimberlee Wells, CEO of creative agency Whybin\TBWA Melbourne doesn’t want to talk about advertising anymore. With the landscape shifting she doesn’t think that’s what her business offers.

Wells, who had previously been the MD of the agency, was officially moved into the top role a month ago after veteran ad man Andrew Scott stepped down from the helm after eight years running the Melbourne office. They’re big shoes to fill but Wells, who is responsible for campaigns including the award-winning smash hit GayTMs for ANZ bank, is more than equipped and anything but nervous.

She joined Whybin four years ago to boost its customer strategy and digital pedigree, but despite it being her speciality, she also spent 13 years of her career at M&C Saatchi writing big brand strategies. And it is this that informs her opinion of where the industry – and therefore Whybin Melbourne itself – should be looking.

“I don’t know where the industry is headed but the one thing I do know is that there will always be a requirement for big brave ideas,” Wells says.

“Irrespective of the channels that we are attracting consumers through, the idea will still be king and we need big brand thinkers who can take a white piece of paper and come up with something that is amazing. And then we need people around them who can translate that across the various media, bespoke for the audience who are going to view it.”

Wells believes much of the work she saw winning at Cannes was based around a drive for people to connect, express and share, showing a huge opportunity for brands to “unpick and get under the skin to have an emotional connection with consumers”.

“But it takes a brave brand to do that and an agency that is prepared to fight for that work,” she says. “I think in many respects, the work that Australia is producing is fairly safe. We’re always well-represented at Cannes but there is always an opportunity to be better and to try harder.”

The other part of building big brand campaigns is the brand itself. Wells says part of an agency’s job is to give its
clients the confidence they need to produce work that is important. To that end, “what helps inspire the thinking
of where we need to go” is one of Whybin/TBWA’s most renowned big brand campaigns: GayTMS for ANZ bank.

“That’s a brave brand,” Wells says, “They’re one of the top four banks and they let us cover their ATMs – essentially we defaced the ATM – but take highly valued real estate from them and completely transform it. That is a brave client.

“If you’re prepared to put it all on the line and really push hard the rewards will come, because safe won’t get our clients the result they want. Safe is the convention so brands need to be brave.”

The other focus for Whybin as an agency is the ethos that sets it apart: disruption. While remaining tight-lipped,
Wells says that globally the TBWA network is building measures which will see it put the “disruption” philosophy
into its working in everyday life at its agencies. But speaking more generally, Wells says disruption is
“the secret sauce” that drives the agency.

"We have a very envious philosophy in disruption but it’s a term that is commonly used,” Wells reveals. “I think there are a lot of people out there touting disruption without really understanding what it is. To get to a truly disruptive outcome you need a very refined process and we’ve been refining the process for over 25 years.

“So we are very confident in the practice of discussion and the more we skill our people up in that art I think the better placed we are to harness some of the opportunities in the landscape.”

That being said, it’s not a landscape without its challenges. Wells says the ability to do the kind of work the agency wants is impacted by procurement-led negotiations “which are killing the creativity in the business” as well as the broadening of the market which makes media, PR content agencies and even publishers competitors.

“We are compared to other competitors that are moving more into the space, but we have creativity at
our core – it’s not a bolt-on service – and I think that’s the difference,” Wells explains.

“Agencies out there have stood the test of time because they have been able to attract the very best talent.”

Wells officially moved into the MD role at the agency about six months ago, around the time that Mike Napolitano – who is now her replacement as MD – took on the GM role, and says that was the first public view of Scott’s succession plan taking place.

She says her aim now that she’s in the top job is to build on Whybin\TBWA’s legacy and culture: a unique one where
the founder and now chairman – Scott Whybin – still roams the halls. She said she wants to ensure that it is a “destination agency”.

“I see us continuing to grow, diversifying some of the outputs potentially, focusing more around products,” Wells
says. “If we could be the agency that changes the way that people think about advertising, that would be wonderful
wouldn’t it.”