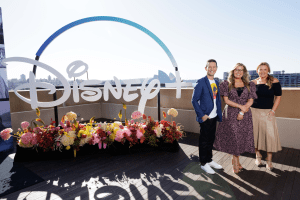 The Walt Disney Company in Australia & New Zealand has announced its first wave of local content commissions and acquisitions for Disney+ with nine Australian originals launching in 2022/23.

Many of these shows will further expand Disney+’s adult-focused Star general entertainment offering. The announced series are part of a significant investment by The Walt Disney Company in Australian and New Zealand local commissions.

Kylie Watson-Wheeler, senior vice president and managing director of The Walt Disney Company in Australia and New Zealand said: “The Walt Disney Company is thrilled to be bringing home-grown, premium Australian originals with familiar faces and places – not only to Aussie screens, and those across the ditch – but also to the world stage that is Disney+.

“We’re leveraging the talents of renowned actors, prominent directors, producers and writers – more than 100 in total, before counting the additional cast, crew, extras and other local jobs and activity we’ll generate across the Australian production sector.

”All titles will be available locally and internationally on Disney+ with programming to be announced.