Digital prospecting to become part of the mix for Dick Smith 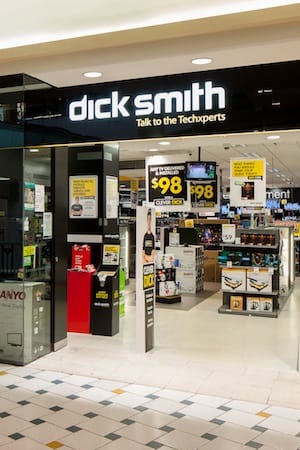 Dick Smith Electronics is ramping up its 'digital prospecting', using demand-side platform (DSP) Crimtan to target customers entirely outside of its purchasing funnel.

The electronics retailer has been trialling the DSP for about four months, and has signalled that it will now become part of its official marketing mix.

The electronics retailer already does a lot of direct response and re-targeting, but Dick Smith's digital marketing manager Tasman Page told AdNews that the DSP actively targets customers who have not been on the Dick Smith homepage.

“The main appeal of Crimtan is that it gets us customers from outside the funnel,” Page said. “While we see re-targeting as a conversion platform, because they've already at least considered buying a DSE product, these leads are entirely new.

“So they're really valuable customers, and customers we didn't know were out there.”

The partnership, which was set up by media agency Atomic212, has been running for about four months now, and during that time Dick Smith was able to feed 250 'special offer' ads into Crimtan's server each week, split into nine broad categories.

From there, the ads were targeted to customers who had not visited the DSE site, but rather fell into a profile set populated by Crimtan.

From there, 'dynamic creative' for the 250 offers was created, with an agreed upon template being populated with variable including image, text, price, and landing URL.

“It definitely allowed us to do the creative with less man hours than would normally be done on a campaign,” Page said. “When you think that we were advertising 250 different special offer products, to do the creative on all of that individually would have been a nightmare either for us or an agency.”

The upshot is that the four-month trial has proved so successful, that it's going to become part of the marketing mix.

“We're not going to share the exact numbers, but I can say that it's doing very well against direct response channels. I guess we were doing it in the lead-up to Christmas so a lot of the channels we do use get a boost around that time of year, but this has done really well against it,” Page said.

“I was pleasantly surprised to be honest, It was one of those things where it was a little bit of a trial, and now it's going to become one of our … to become part of our mix.”