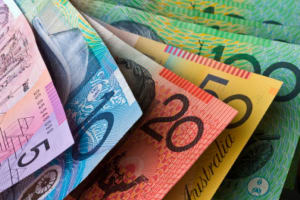 Traditional media's share of total media spend is expected to tip to a minority this year with digital ad spend overtaking TV spend for the first time, according to studies from Zenith and eMarketer.

In its Advertising Expenditure Forecast, Zenith has found that global internet ad spend will grow 13% to reach US$205 billion this year. It will attract 36.9% of all ad spend, up from 34% in 2016. Traditional television will attract a lesser figure of US$192 billion. The report does not say if this figure is in growth or decline on last year.

In a similar report, eMarketer predicts digital ad spend in Australia will grow by 15% in 2017 to reach $6.18 billion, equating 54% of all media budgets in Australia. Whereas TV spend will hit $3.3 billion, which is just over one-fifth of media budgets.

Heavy discounting from the TV networks over the past few years has contributed to the "downgrade" along with the shift towards digital video streaming sites, explains eMarketer senior forecasting analyst Shelleen Shum.

“Despite some growth in the out-of-home advertising market, ad spending on TV and print has been falling and spending on radio commercials have largely flat lined," she says.

"Traditional media outlets are struggling to hold on to audiences – especially among younger demographic groups- as users migrate to digital platforms that offer the ability to access content on demand.”

The findings are released as brands globally express concerns over their brand safety on digital platforms. As the market matures, advertisers need to know for certain that their ads are being actively viewed by real people in appropriate environments.

Neither study mention the impact concerns over brand safety of digital inventory, and issues with metrics will have on digital ad spend.

Zenith forecasts expenditure on social media to reach US$55bn in 2019, overtaking advertising expenditure on printed newspapers, which will total US$50bn.

Social media advertising is the fastest-growing component of internet advertising – it grew 51% in 2016, and it is predicted to grow at an average rate of 20% a year to 2019. Newspaper advertising, meanwhile, is shrinking by 5% a year as circulations continue to fall.

Digital expenditure continues to be the main driver of total market inflation, with growth of 15% in 2016. Mobile and online video spend in particular fuelled this growth in 2016. TV revenue was down 3.9%, continuing to be under pressure from audience declines and the growth of digital.

Print also continued to decline, although the pace is now starting to slow. Press declined by 13.4% in 2016 and is now only 11% of total ad spend versus being more than 25% just five years ago; and magazines were down 17.7%.

Out-of-home grew by 7.9%, benefiting from the increase in supply and quality of inventory as static panels are converted to digital formats. Radio also grew by 5.8% with increased spend from big spending categories like retail and automotive.

“Looking forward into 2017 we are forecasting growth to be at 3.4%. Digital will continue to be the main driver of this growth. Radio and out-of-home growth will moderate slightly and we continue to forecast declines in TV and print,” Zenith Australia CEO Nickie Scriven says.