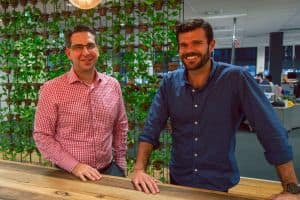 The merger with Vivid Group will see Vivid’s Perth, Melbourne and Sydney teams join Isobar to create one of the biggest digital creative agencies across Australia and New Zealand. The move will see the Isobar Group grow to a team of move than 300.

Ben Shapiro, Vivid’s managing director, will stay on to take the role of commercial director of the Isobar Group and will also have a leadership role across the newly established, Perth-based Isobar office.

The merger of the two agencies will bring increased scale and capabilities, as well as adding strategy, conceptual creative and user experience to Vivid’s current offer, while bolstering Isobar’s credentials in e-commerce, CRM and marketing automation services along with tracking and measurement.

Luke Littlefield, CEO of Dentsu Aegis Network ANZ, said: “The coming together of Isobar and Vivid has been quite an organic process, as we identified natural synergies between the two agencies and saw opportunities to really augment their credentials to the benefit of clients, particularly focused around the area of brand commerce.

“With this increased scale and expertise, we are now in a position to be truly dominant in this space, which is a significant focus for both the Dentsu Aegis Network and Isobar locally and globally.”

The opening of Isobar Perth caps off a busy few months for the Isobar Group, with Isobar's MD Konrad Spilva being promoted to CEO of Isobar for Australia and New Zealand. The group also recently added fellow digital-powerhouse Soap to its stable, creating Soap linked by Isobar.

Bringing the Vivid Group on board will give the Isobar Group and Dentsu Aegis an added edge in the increasing fragmented and competitive world of digital, with Spilva telling AdNews previously that with consultancies moving in on agency businesses, agencies need to continue with their desire to constantly improve on what they do.

“They’ve got a reputation – but we’re much more nimble. We have this relentless desire to test and learn what we do. We’ve built that rigour into our business.”