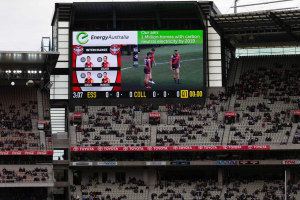 Dentsu-owned sports and lifestyle marketing arm MKTG has revealed plans for further investment into the sports and stadium signage space, following a 20% uplift in brand interest over the past 24 months.

The business currently owns all the assets it houses in the Melbourne Cricket Ground and recently renamed Marvel Stadium.

MKTG national managing director Matt Connell says the reason behind the increased interest in stadium advertising comes from the risk-free options the business offers its clients.

He says the agency's asset ownership model puts the pressure on MKTG to deliver for clients but allows them to offer more competitive pricing, due to the fact that they have made the investment into the technologies and signage.

“The return on investment is there because we take on that upfront risk,” Connell says.

“The business model we're operating in this space is very much about risk, because we've put a lot of upfront investment into the assets themselves, that means we have to ensure a profitable outcome for clients if the strategy is to be successful for us.

“Our partners benefit from security of both our base investment or a minimum guarantee by us and they do knowing that our interest is actually making a profit against those rights.”

Connell says clients are also beginning to see the assets as an alternative to traditional advertising, pointing to technological improvements in the area as a main driver for this.

According to Connell, MKTG's current client list currently includes the “typical” brand categories that are heavily associated with sport, such as automotive and financial.

He says while there isn't any standout categories in the mix that are flocking to in-stadium advertising, there have been select, one-off clients that have begun to better utilise the new technology.

“The more interesting part for me is the number of new categories that probably see value in this channel versus what they would have seen previously. I'd use McDonald's as an example,” Connell says.

“It's been in signage for a long time in various capacities but they're not a brand with a brand recognition challenge.

“What we now see from McDonald's is that a once ineffective channel to them is now of keen interest, because the issues they had with static signage are gone and they are now able to run different messaging at key times throughout the year, something they highlighted as a real issue.”

MKTG says it has “significant” investment in improving the level of LED-based advertising it offers clients over the past 18 months and is hoping soon be able to trade the media programmatically.

“It's not programmatic in a traditional sense but more of how do we actually be more dynamic in the pricing of our asset and also more automated in terms of the market place we operate in,” he says.

“We've made progress but we want to be one of the first in the world to be able to deliver this asset programmatically. I hope to make significant headway in the next 12 months and it's something that we will be taking to market in 2020.” 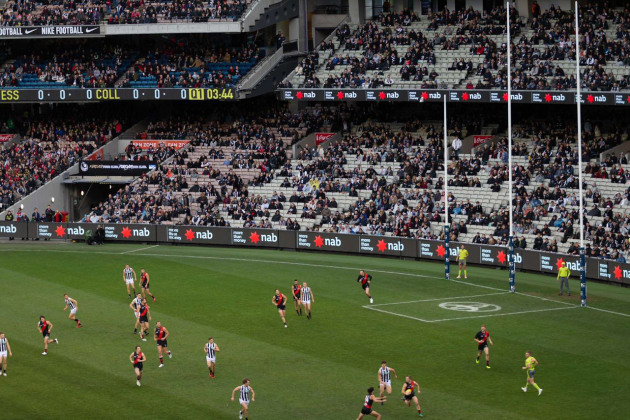