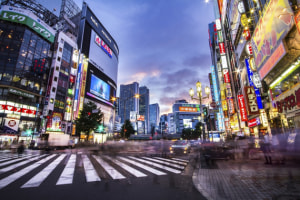 Advertising agency Dentsu has sent its 5,000 Japan staff home in Tokyo after an employee tested positive to the coronavirus.

The measure is expected to continue for at least two weeks, according to a Reuters News report in the Mainichi Daily newspape. The employee is in his 50s.

The move comes on increasing fears the virus will disrupt the Tokyo Olympics in July.

The Japan Today newspaper: “The ad agency (Dentsu) pulled in record domestic sponsorship revenue of more than $US3 billion for the 2020 games and has secured key contracts for milestones like the upcoming torch relay and opening and closing ceremonies.”

The Japanese government says the International Olympic Committee and local organisers are going ahead as planned with games despite the spread of the coronavirus.

The statement follows a comment by an olympic committee member, Canadian Richard Pound, that there’s a three-month window to decide whether or not to cancel the games.

Japan Prime Minister Shinzo Abe has asked that major sports or cultural events be postponed or scaled back over the next two weeks.

“The next one to two weeks is extremely important for the prevention of the escalation of the infection,” he says.

Japan has already postponed the training of Olympic volunteers and the March 1 Tokyo Marathon has been restricted to elite conetstants, blocking another 38,000 runners.

Seven West Media is the Australian broadcaster for the Tokyo Olympics.