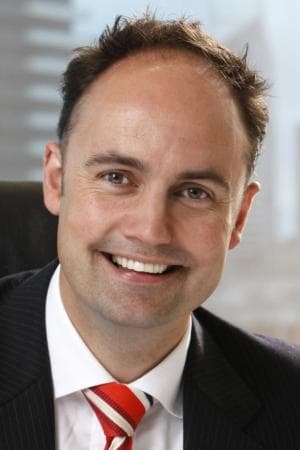 The topic of value banks has been a hot one in recent years, and has heated up since the audit into GroupM began at the end of last year as the industry questions just where agencies makes their money and how rife practices such as those uncovered at MediaCom are. All media agencies have likely faced queries from clients over their practices.

Value banks - the pots of bonus inventory that agencies accrue from deals with media owners - are a contentious issue across the market. Most sources will admit off the record that value banks are common across the industry. It is often used to boost clout on new business pitches meaning that it is accrued on behalf of existing clients, but used to gain and benefit new ones. And there is a consensus that the on-selling of or charging for inventory the agency has acquired free of charge commonly occurs.

The Australian today reported that Littlefield admitted that the network does negotiate value banks in its deals with media owners.

However, Littlefield has this morning sought to emphasise that the network – which includes media agencies Carat, Vizeum and Mitchells & Partners – does not use value banks.

He told AdNews: “We don’t do value banks, our model is one of mutual value creation – that is, negotiated media value on a client-by-client basis passed on to or for the benefit of clients.”

While Littlefield has moved to distance himself and Dentsu from the existence of value banks, instead talking about “mutual value creation”, not everyone is against the idea of value banks.

One media owner AdNews spoke to recently said that whether media agencies were selling on bonus inventory to clients wasn't a concern of media owners, and neither does it matter.

Some agencies would agree that how they deliver value to clients, and also make a margin, as long as it's within legal and regulatory requirements, is their own business.

While some clients might be aggrieved to find that they are paying for inventory that was given to agencies for free, others on the client side, who didn't wish to be named, said that if they are still getting a good value and high quality media plan and strategy delivered from their agency, where the inventory came from was irrelevant.

The ongoing audit being carried out by GroupM that kicked off as a result of irregularities being identified on three clients' books is still thought to be weeks away from completion.

UPDATE: Lara Sinclair, marketing writer/online media editor at The Australian and the author of the original story in The Australian was keen to point out that Littlefield was asked directly if Aegis do value banks. "He could have said 'no' but he didn't. His direct response was to describe the group's "value creation" partnership model with the media. Sounds like a value bank to me," she reiterated to AdNews today.