DDB thinks it's all over - it is now

DDB lost out on a pitch last weekend despite the best efforts of CEO Chris Brown, art director Adam Ledbury and a crack support team.

But it wasn't a business pitch.

Mango account manager Adam Burns (27), along with David Bewick (31) and Pete Johnston (30) are three massive England fans who will soon set off to walk 1966km across South America to the FIFA World Cup in Brazil. They will be attempting to set a Guinness World Record for the fastest time a football has been dribbled 1966km and in the process raise £20,000 for the J de V Arts Care Trust. The money raised will be used to build a water well in Bahia, North East Brazil, a place that is suffering the worst drought in over 50 years.

Burns explains it all here:

Last weekend, the three organised a charity football match to get the ball rolling.

The game kicked off at Centennial Park and saw DDB take on the Centennial Park Canarinohs, a team made up of Sydney based Brazilians. In an enthralling first 45 minutes, DDB took a slim one goal lead, the goal aptly coming from Adam Burns who bravely headed in from close range after good work from Adam Ledbury, art director at DDB Sydney.

DDB made it two goals to the good soon after half-time, when Kevin Masters audaciously chipped the Canarinho’s goal keeper with a finish reminiscent of Eric Cantona against Sunderland circa 1996. The lead didn’t last long however as two quick goals from the Brazilians made it all square with 20 minutes remaining.

After Burns was fouled Chris Brown, CEO of DDB Australia, floated a free kick in beautifully and met with the deafest of touches by Masters, for his second of the game to give DDB a 3-2 lead. Brown then scored the strongest goal of the game with a 25-yard free kick that curled into the top corner and looked to give DDB certain victory. 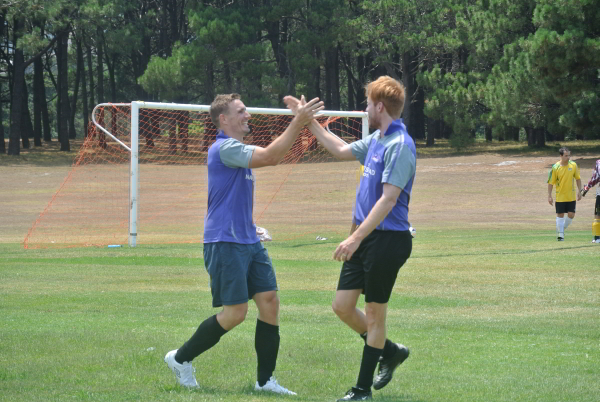 But there was yet more drama to come after some sloppy defending lead to the Canarinho’s scoring two quick goals past goalkeeper Will Saunders, business co-ordinator at DDB, who was also named Man of the Match. The final whistle was blown with the game at 4-4, so the lottery of penalty shoot-out decided the victors.

Nine penalties were converted with scorers from DDB including Brown, Burns, Kilbride and Ledbury. Narve Thakrar, a senior business manager at DDB Remedy, stepped up to take the final penalty for DDB and like Chris Waddle against Germany in the 1990 World Cup Semi-Final, smashed it over the bar to give victory to the Centennial Park Canarhino’s.

Such is life. Beaten on penalties is the lot of an Englishman.

If you can help the three amigos raise money in their bid to break the world record, have a look at http://www.walktotheworldcup.com/ 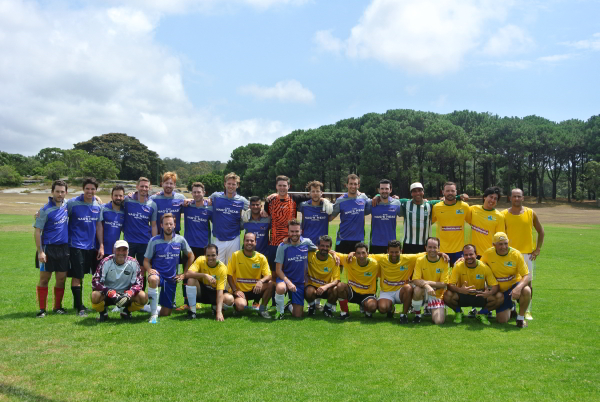