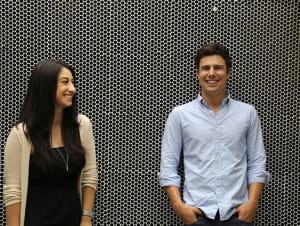 Could one of the biggest advertising awards in the world lead the charge in challenging adland's “sex sells” mentality? DDB Sydney's Young Glory team certainly think so.

The team – comprised of art director Effie Kacopieros and copywriter Christian Tough – have proposed the creation of a Cannes Lioness award as part of round three of the Young Glory competition.

Young Glory is described as the “Tour de France for young creatives”, and is an eight month competition involving eight different briefs and aims to reward creative consistency.

The duo responded to a brief to “change the conversation around sex”, by designing the lioness award, which aims to celebrate work that challenges objectification in advertising. Not only did Kacopieros and Tough win the award, but now they hope the industry gets behind it.

Tough told AdNews the advertising industry is “in a really powerful position to put message of equality out there instead of negative ones.”

“We come into work day in and day out but it's easy to forget the actual power that communicators wield on mass culture,” Tough said.

“We're interested to see what will happen with this idea and whether it will be picked up by the festival - we really just hope the industry as a whole gets behind it.”

Kacopieros said she thinks the award might have resonated with the judges because it latches onto a conversation in wider society that has reached “a tipping point.”

“Audiences are more switched on and more appreciative of work that has a bit more intelligence behind it,” she said.

“They don't want the dumbed down “sex sells”, they want to see something with substance. I think that's where we're heading as a whole industry and the award is just recognising that.”