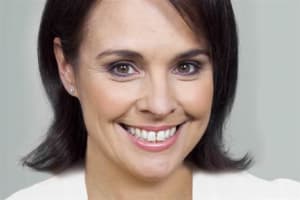 Native advertising has been a buzzword that has filtered into most publisher's rhetoric over the past 12 months, however the ad format has sparked a set of controversies that commercial editor for the Daily Mail in the UK, Anne Shooter can't understand.

Shooter, who has been a journalist for 20 years, and who took up her commercial role seven months ago, believes that people aren’t stupid and if they want to read native content, then that's their choice.

“It [native content] is clearly marked and people aren’t stupid. If people want to click on it they will,” Shooter told AdNews.

“If there's product placement on a TV show, there's no choice if you see that. In a newspaper environment, there’s an ad right in front of you, you don't have any choice not to read it. With this content you have an absolute choice if you want to read it. It's really clearly marked, no ones hiding anything.

“I can't really see the problem, people don't want their experience interpreted, they have an absolute choice,” she added.

When the Mail Online serves native content on its site, it is clearly marked and is placed on the side rail and stays in a prime position until it reaches a certain number of hits.

Native is the publication's most premium ad offering, and Shooter told AdNews that it is nice to be a journalist that is generating revenue rather than being a cost.

“I'm making some money rather than being a cost, I think it's a good thing for those bridges to be built. I almost can't believe that now I have gone onto the commercial side and I can't believe how little I knew about it.

“I believe journalists shouldn’t be influenced by commercial, but I think a lot of journalists would be interested in how things are running.”

Shooter is in Australia to partake in a series of workshops with agencies and clients of The Mail Online in Australia, in order to push the ad format in this market. She said that while native has become a buzzword, there is still a misunderstanding in market about what native actually means.

“Because it takes different forms wherever it is, it's hard to understand. It can be in an ad unit or pop-up ads, it's a very broad term that covers a lot of stuff, and I think that also some people don't really want to relinquish control and to make it hugely effective they need to.”

“Ultimately it is about a partnership rather than it being dictated to you by the clients, we're creating bespoke products for clients that are really very engaging,” she said.