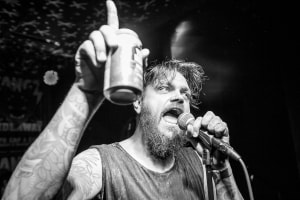 This article first appeared in the AdNews May/June magazine. Subscribe here to make sure you get your copy.

Alex Kirk is a self-described restless, twitchy idiot who doesn’t know when to quit as it applies to pursuits he is passionate about. It has served him well.

True to this quirk, after years “doing almost every job in the agency across planning or buying or leading teams”, in 2015 Kirk says he ultimately invented his current role at media agency MediaCom, as head of systems and automation.

“I’m now responsible for new systems and technologies that our teams might need to do their jobs most effectively,” says London-born and bred Kirk, who has been with MediaCom globally since 2008, and in Sydney since 2011.

“They’re the experts at the work they do – my team’s job is to improve the way they do it.”

It’s a role that saw Kirk crack LinkedIn’s Power Profiles list of the most viewed marketing and advertising professionals in Australia for 2017; one that included hotshots from Lenovo, Qantas, Commonwealth Bank and Myer.

As a self described technology dork, he found the process of lockdown during the coronavirus crisis as strangely exciting.

“The ability to work effectively while apart requires technology, and watching the MediaCom offices all take a massive leap forward at speed in terms of capability has been incredible to watch,” he says.

“While it's been really tough going, it's an incredible opportunity to re-evaluate how an agency works, and how we might evolve further for a future that has, for good or ill, completely changed.”

It may seem a contradiction that this power tech-head’s other life is as a longtime photographer of live music gigs - albeit a life freeze-framed for the foreseeable future amid COVID-19 social distancing and lockdowns.

Yet it’s all in keeping with Kirk’s eclectic Twitter CV: “Music nerd and gadget magpie [who offers] occasional ravings on media, people, and technology”.

“Calling myself a ‘photographer’ is stretching the definition, but I’ve been inexpertly pointing a camera at bands since the 90s,” Kirk tells AdNews.

“I’m entirely self-taught, on the basis that I made a conscious choice that I absolutely didn’t/don’t want to do it for money.

“As a result, I’ve never hassled professional music photographers for tips, figuring it’d be fun to just try and work it out.

“Anything I’ve learned though has come from a deeply unattractive place of jealousy.”

“They are consistently producing absolutely amazing shots that I try to learn from - and emulate.”

Kirk explains the genesis of his music photography side career.

“It was for the two most common reasons that people end up writing about or photographing bands.

“Firstly, I suck out loud as a musician. Secondly, I was too broke to afford gig tickets.

“Back in the good old days, before the internet, you could literally wander into virtually any venue at about four in the afternoon, claim you were there to interview the band, and just stroll on in. Carrying a camera was my get-into-gigs-free card.

“I started off making fanzines and then a few actual magazines, then websites, and over the years it just became so ingrained that I can’t even imagine not doing it now.”

Back in the day, Kirk followed and photographed bigger, better-known bands.

But there came a point where to shoot at festivals, or even at good-sized venues, journalists and photographers weren’t able to just show up anymore.

“Today (at least, pre-COVID-19 days!) you need to be in contact with the band themselves, their label, the promoter, or the PR agency to cover a gig,” Kirk says.

“You need to be organised and to be able to produce decent results.

“I have to do enough of that at work, so I thought I’d just start showing up unannounced at shows that I hadn’t been invited to.”

This meant Kirk decided to gravitate towards little or unknown bands forging their way, but not just because it made his life easier getting into gigs.

“I also wanted to actually give something back,” he explains. “I earn a decent amount of money now, and since I spent my 20s blagging my way into every venue in Britain without so much as paying a penny, I figured Rule #1 would be to buy all my own tickets to start paying that back.

“I’m also a lifelong holder of minority opinions, so I also thought it’d be fun to restrict myself to only shooting emerging bands.

“That is, bands who were just starting out and who couldn’t afford to book a real photographer or were too new to be getting any press coverage.

“Admittedly it was pretty self-serving, too. There isn’t a single tiny venue where you can’t just stroll in and start taking photos (plus they never have photo barriers), so it did make my life a lot easier too.

“All that said, tickets are insanely cheap anyway, if not free, at the just-starting-out end of the spectrum.

“I track every show I go to and, after literally hundreds and hundreds of shows, my average ticket price has been a whopping … $4.36! Not even five bucks!

“When you consider what’s left over from the promoter or venue, fees are also split among several bands, each of whom have three to four members.

“So it’s not like they’re making anything in real terms. Even if punters were paying top dollar, statistically it may as well end up being free admittance as far as individual band members are concerned.”

With this in mind, Kirk made the decision to give his photography away for free to these bands.

“Each band I shoot, regardless of where they are on the bill, usually end up with 10-20 half-decent shots they can use for whatever purpose they like,” he says.

“My shots have ended up on T-shirts, as press shots, as profile pictures, tour posters - even on a couple of tracks as artwork.

“I think it helps. It seems to make the bands briefly happy.”

Kirk is from London, where he started his career as a “know-nothing” TV-buying grad at OMD way back in 2000.

“In 2003 I moved to Scotland on a fast whim, where I stayed for eight years and eventually joined MediaCom.

“After some truly glorious (but really cold) years there, we – my wife, daughter, labrador and I - moved to Australia in 2011.”

“I can say without shame that I am wildly enthusiastic about my hobbies and pursuits, even when it’s clear to everyone I have no talent at them,” he says.

“Everything I’ve learned about technology, music, photography, or whatever is all just down to me having a go at it one day because I fancied it, and then getting sucked down the rabbit hole trying to learn a bit more.

“I’d really like to be able to look everyone in the eye and say I do these things out of a desire to learn, or on the back of some sort of grand philosophy, but it’s really just because I’m a restless, twitchy idiot who doesn’t know when to quit.

“Come to think of it, that describes a worrying percentage of my professional career too!”

He doubts whether he’s helped anyone with their careers but says it's been amazing to see so many bands at the start of theirs.

“I've been lucky enough (and it's mostly luck!) to shoot bands who've gone on, sometimes years later, to win ARIAs, or appear in the Hottest 100, or even sing for Australia at Eurovision,” he says

“Seeing The Smith Street Band, Courtney Barnett, Alex Lahey, Hockey Dad, Waax, Montaigne, Bugs, Milan Ring, Lime Cordiale, DZ Deathrays and loads more play in pubs or tiny venues was not only brilliant fun at the time, but also just so awesome to see them go on to make bigger careers in music. It also makes me sound like an unbearable hipster twit when I talk about seeing them early on.

“One daft little story where my hobby and my career overlapped - I started shooting the incredible Montaigne (Australia's Eurovision 2020 entrant) really early on in her career.

“So early in fact that when I ended up in a pitch many years later for her record label's media business, I showed their team an early photo of her and no-one at her own label recognised her.”

What are you photographing while under house arrest?

“Literally nothing! And it sucks.”

But he remains an unmovable supporter of musicians.

When Virgin Australia went into voluntary administration, he wrote on LinkedIn about the airline’s long-time support for the industry.

“The Virgin Australia collapse is obviously bad enough from a human and business point of view, but I'm also staggered at just how badly almost ‘everything’ about this crisis ends up smashing musicians squarely in the face.

“Virgin is well-known in Aussie music circles as a ‘particularly’ artist-friendly airline - the night before a touring act played in Melbourne or Sydney or Brisbane or Perth or Tassie, there'd always be a better-than-even chance you'd run into them in the Virgin lounge.

“Once again though - now, and after this unpleasantness is eventually behind us - musicians of all stripes find themselves with an even tougher world to navigate than many of the rest of us.

“In most cases, there is no meaningful government support for these artists or for those who rely on them.

“So, if you can, maybe donate something to Support Act. They provide support to artists and crew whose livelihoods have disappeared overnight.

“If musicians and their crew don't get paid, we don't get music.