Corona and MTV join The Rubens in branded content series 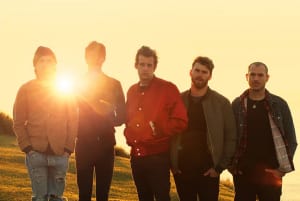 MTV has teamed up with Corona to create a three-part content series that follows comedian Sam Taunton's attempts to be a roadie on tour with The Rubens.

Joining The Rubens provides a behind-the-scenes look at the popular band, how they were formed and what it's like going on tour.

The content series was created in collaboration with youth lifestyle magazine Monster Children and MediaCom, while Multi Channel Network helped arrange the partnership.

They travel Australia's east coast playing gigs at Noosa, Byron Bay and Gold Coast as part of the Corona Sunsets Tour.
The aim of the content piece is to expose The Rubens to a wider audience, sharing the story behind how they formed, what they thought about winning the Triple J Top 100 and other snapshots of life on the road with rock stars.

For Corona and MTV, the series align with their values of celebrating good times with friends.

“Partnering with the Rubens & MTV was a no-brainer for us as the Sunsets Tour delivered an amazing experience for our drinkers across the country,” Corona brand manager James Pennycuick, says.

“We look forward to continually evolving our music platform & working with like-minded partners like MTV in the future.”
MTV Asia-Pacific head and vice president Simon Bates says the partnership illustrates how the youth media company can connect brands with young audiences across TV, online and social platforms.

“We were super excited to partner with Corona to produce a creative content series that truly represents both our brands,” Bates says.

“Music, laughs, ice cold Corona and iconic Australian beaches – there’s no better way to celebrate summer and we look forward to taking fans along for the ride.”

MTV has previously produced short form branded content campaigns such as #MTVTRIPPERS in partnership with Destination NSW, MTV Fit in partnership with Adidas, #OPENMYWORLD with Flight Centre and #MTVITGIRLS, which offers fashion and beauty advertisers the opportunity to integrate their brand on a per episode basis.

The first two episodes of ‘Joining The Rubens’ are currently airing on MTV on Foxtel and Fetch and can be viewed at mtv.com.au/corona.

The final episode will premiere on air and online 19 February 2017.