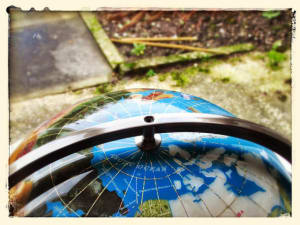 The Communications Council is planning to lobby government over the proposed changes to the 457 visa because it will have a negative impact on how the creative industry and Australian businesses compete on an international level.

Speaking today at the CommsCouncil's creative leadership lunch, CEO Tony Hale revealed the body will lodge a submission to Canberra next week.

He said the visa change will have an "alarming and significant" impact on the creative and advertising industry.

As AdNews reported when the changes were announced by Prime Minister Malcom Turnbull, a number of advertising specific roles have been moved to the list of occupations only eligible for the short term visa, which does not offer a route to permanent residency.

Hale said this means it will be difficult for the advertising industry to attract top tier talent who are largely attracted to Australia for the lifestyle.

The changes will undermine the "thriving international" community the creative industry currently benefits from, he added.

Hale also said he believes government is not fully aware of the "impact and threat" the changes present as a weakened advertising market will have a knock on impact to Australian businesses.

When the 457 visa changes were announced, Hale told AdNews that the body would look into what the changes mean and suggested the CommsCouncil would "mount a challenge" if necessary.

At the time, the Research Industry Council of Australia (RICA), which represents the social and market research industries, issued a statement lobbying government over the removal of two roles it says are "critical" to its industry.