Commercial TV revenues down across the board 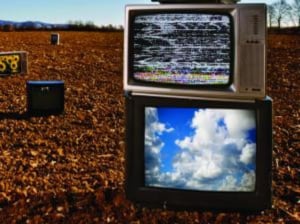 TV advertising revenue is down across the board, but the figures do confirm that Network Seven is out in front.

The latest numbers from the commercial TV network peak body won't make particularly great reading for TV executives, with the body confirming that gross metro advertising revenue had shrunk by 3.04% in the July-December window last year.

The gross figure of $1.55 billion was dominated by the Sydney and Melbourne markets, which contributed about $577 million and $430 million respectively.

Revenue dropped by 3.65% in the Sydney market, but only by 1.82% in the Melbourne market, making it the best performing market over the period.

The news wasn't much better in regional areas, with a drop across Australia of 3.26%, with the regional market contributing $452.8 million to the overall revenue figure of $2 billion Australia-wide.

Earlier this year ratings body OzTAM confirmed Seven had finished the year with a 30.1% audience share, ahead of Nine's rating of 28.9%.

It should be noted that the figures are compared with the same period in 2013, when a federal election campaign skewed some of the data.

However, the ratings included non-commercial networks SBS and the ABC, while the revenue figures did not.

The new numbers came on the same day the peak body released a report [PDF link] into TV viewing trends in Australia, suggesting free-to-air TV still had a dominant position within the household.

The report suggested the amount of time spent watching TV, per person, had largely not changed for four years, while 13.6 million people watch free-to-air TV per day.