CommBank pulls public support for Alan Jones, but not ads 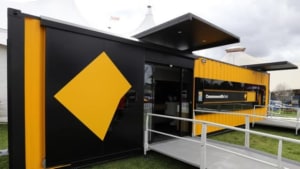 However, the bank stopped short of pulling advertising from the station.

Public backlash has been rumbling against Jones for his “shove a sock down her throat” comments, with a list of brands such as Anytime Fitness, Koala and Volkwagen boycotting the 2GB host’s show.

Two weeks after the comments were made, and after Commonwealth's campaign on the station had finished, the bank made a public statement.

“We have been dismayed by recent comments from Alan Jones about the New Zealand Prime Minister Jacinda Ardern,” a Commonwealth Bank spokesperson says.

“We note the comments by Macquarie management that Mr Jones’ contract will be terminated if there is a recurrence of this conduct.”

Mattress brand Koala previously weighed in saying “climate change is real, violence against women starts with words and the bloke has had too many chances. 2GB time to wake up.”

The radio host, who is on his last warning at the station, has shrugged off advertiser’s boycott, saying others will take their place.