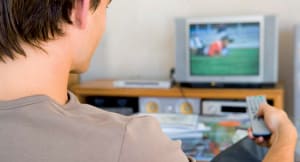 The pay TV and free-to-air TV markets could be coming together to form a new TV coalition. Not satisfied with the current offerings in the local marketplace, early discussions are underway between FTA TV players as well as subscription TV, AdNews understands, with regard to forming a new, more inclusive TV body – similar to the UK's Thinkbox.

It's thought to be early days, with no one party driving it, and not all have decided if they will back the idea. By creating a new body that represents the combined interests of FTA and pay TV, it is touted that this could represent a more realistic and holistic TV voice.

Discussions being held demonstrate the need for the broader TV industry to work together to face the head-on challenges in the form of new players in the streaming market such as Netflix, and digital players such as Google. It is understood the Australian model would draw inspiration from Thinkbox, which is the marketing body for commercial TV in the UK and includes TV in all its guises: broadcast, on-demand and interactive.

It works with the marketing community with a single ambition: “to help advertisers get the best out of today’s TV”.

Thinkbox's shareholders include Sky Media, Channel 4, ITV, Sky Media, Turner Media Innovations and UKTV, that “together represent more than 99% of commercial TV advertising revenue” through their owned and partner TV channels. The body is highly regarded and has won awards for its work as a membership organisation, its research, and its advertising which features Harvey, a talking dog, in ads promoting the medium of TV.

Thinkbox has been recognised as Media 360s Industry Body of the Decade and has won a Grand Prix for best media research from the Market Research Society. The TV body’s ads have also won awards at The British Television Advertising Awards, D&AD and Creative Circle, with the Harvey series being named among the UK's favourite ads.

Its equivalent in Australia is Free TV Australia, which has a marketing division, Think TV, which is responsible for compiling and distributing facts about commercial television to assist advertisers with their media planning and buying.

The pay TV industry is represented by the Australian Subscription Television and Radio Association (ASTRA). Members include content providers, media sales agencies, and subscription-funded distribution platforms. It manages codes of practice, distributes ratings data and represents the industry with regulators, government and the media.

At present, the concept is only being mooted and for any real body to be created all forces would need to back it. Seven's chief revenue officer, Kurt Burnette, said while the network has no comments to make at this stage, it does have “great respect for the work that is done by Thinkbox in the UK”.